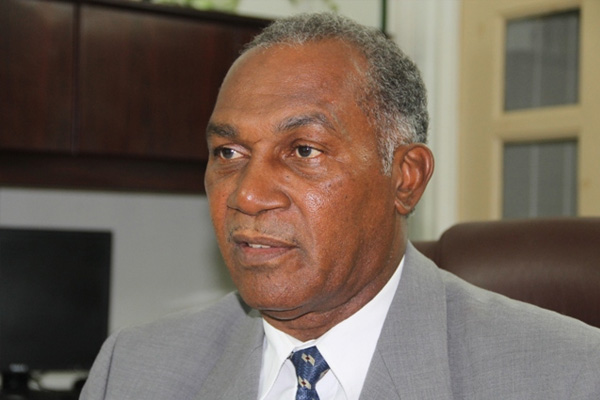 NIA Charlestown Nevis — Premier of Nevis Hon. Vance Amory believes that his working visit to the United States of America would bring benefits to Nevis.

In a report to the Department of Information on September 12, 2014, Mr. Amory who is also the Minister of Finance in the Nevis Island Administration (NIA), spoke to the various meetings he was engaged in with potential investors in New York.

“Yesterday (September 11, 2014), [I]completed a series of meetings in New York in which [I] had the opportunity to discuss the opportunities for investment in Nevis.

“[I] also had very productive meetings with Mr. David Neufeld on the new additions to the Nevis Business Corporation (NBC) and the Nevis Limited Liability Company (LLC) Ordinances, with a view to taking those amendments to the [Nevis Island] Assembly for debate to have introduced a new dimension to those pieces of legislation, to make them more attractive for those who use the Nevis Jurisdiction for the setting up of their entities for international business,” he said.

According to Mr. Amory, on Wednesday September 10, 2014, he spoke at a conference which was organised by Henley and Partners Group on the topic “What Nevis has to offer for global citizens.”

The conference was designed to provide an opportunity for persons who wanted to invest through the St. Kitts and Nevis Citizenship by Investment programme in a bid to facilitate international travel or to invest in an area which they thought was stable and secure and which offered a conducive environment to enjoy life.

“[I] shared this marketing opportunity with Mr. Terry Scanlon the Project Manager and addressed more than 60 professional intermediaries, real estate brokers and developers, fund managers and other individual prospective investors who participated in the seminar.

“The presentation was very well received and after the close of the seminar a number of the persons attending the seminar engaged in private one-on-one discussions which it is believed will result in business for Nevis,” he said.

Mr. Amory also indicated that he had already followed up with some of the participants in an effort to invite specific proposals in the areas of interest that were indicated.

He said he also used the opportunity to emphasise the uniqueness and special attractions of Nevis and pointed to the new developments that were taking place in Nevis among them the Four Seasons Resort Villa Development, the Mount Nevis Hotel Development, the Hamilton Beach and Tamarind Cove Developments and the Paradise Beach Resort and two other developments, the Butlers Estate Resort and Residences and the Aman Resort which would commence construction shortly.

Another area which the Premier discussed which met with excitement were a number of planned infrastructure projects by the NIA.

“[I] also discussed the proposal for the Government infrastructure projects as well as projects in Health and Education which have been discussed as possible areas of investment for the Citizenship by Investment Programme.

“This new idea has been greeted with much excitement by a number of persons who have indicated their interest in this area of involvement in Nevis, as this is an area which will benefit all the people of Nevis, as well as those who may visit for business or pleasure,” he said.

Mr. Amory is expected to return to Nevis at the end of his USA visit on the weekend.