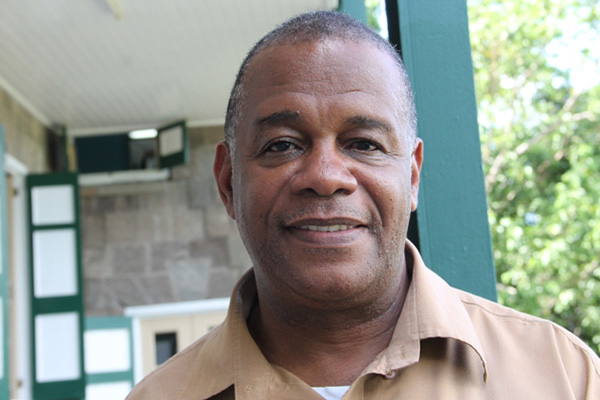 NIA CHARLESTOWN NEVIS — Permanent Secretary in the Ministry of Agriculture Eric Evelyn urged the public to help make the Department of Agriculture’s mini fair at the Public Market in Charlestown on October 17 a success.

The event which will be the main activity held by the Department in its observance of the Food and Agriculture Organisation’s (FAO) World Food Day, 2014 which was held on October 16, 2014. The fair will be held in keeping with the day’s theme “Family Farming: Feeding the World; Caring for the Earth.”

“We are actually focusing our attention on the vendors in the public market. We will be having some music and the activity. It starts at 9 o’clock and we are encouraging persons to go out and encourage the vendors…

“We are hoping through the theme this year, we can sensitise persons to the importance of family farming. Of course when we were growing up farmers and their entire family were involved and we have seen a gradual movement away from that. A lot of the family members are not involved in farming and we want to show the persons involved in farming that it is important to get the entire family involved – husband, wife, children,” he said.

A number of farmers throughout the island are also expected to have their produce on sale at the fair along with products from the government-owned abattoir and agro-processors on Nevis.

According to Evelyn, World Food Day is geared towards supporting the FAO’s fight against world hunger and the activities hosted by the Department in observance of that day are also about ending world hunger.

“We are asking you to support the activity, bearing in mind that the whole World Food Day activity is geared towards ending hunger worldwide. Of course we are not suffering from hunger here in Nevis, per se, but we are joining in the observance and we are hoping, through the activity, that we join the rest of the world in ending hunger and having more food security here on the island and so we are asking persons to join us as we celebrate World Food Day 2014,” he said.