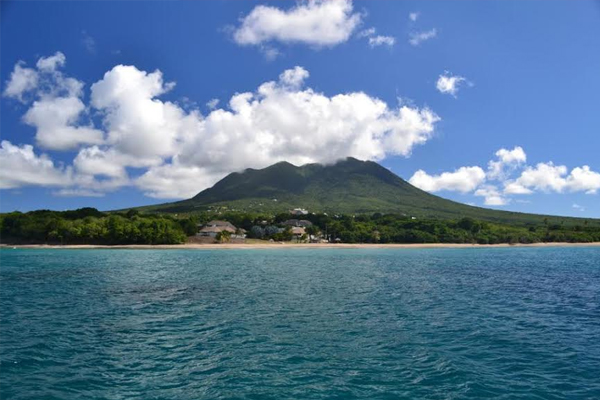 Basseterre, St. Kitts (CUOPM) – The PAM Administration of former Prime Minister, the Right Hon. Dr. Sir Kennedy Simmonds, had no intention of including a timeframe for the hearing of a Motion of No Confidence when it was negotiated the Independence Constitution with the British Government in December 1982.

Calling in on Tuesday’s edition of “Ask the Prime Minister,” Nevisian-born Mr. Elton Marcus Hull said the Dr. Simmonds PAM Administration fashioned the 1983 Independence Constitution “to prevent any radical element of the (then Opposition) Labour Party to bring down a PAM Administration.”

He is of the view that with all the other larger Eastern Caribbean islands going into independence, the Simmonds Government could have included a timeframe for debating a Motion of No Confidence as other islands had already had timeframes enshrined in their constitutions.

The architects of the 1983 Independence Constitution included Attorney General, Mr. Tapley Seaton, who served in that position for 15 years; Constitutional Advisor and later St. Kitts and Nevis’ Ambassador to the United States, Permanent Representative to the United Nations and Permanent Representative to the Organisation of American States (OAS); Dr. William Herbert as well as the legal advice of lawyers Constance Mitcham and Terrence Byron.

“So therefore when the architects in 1983 are going to say that they are doing a Constitution, they should have looked to at least the last or last couple ones in our region that came on board and realized that they put a stipulation in there that says seven days; but they put nothing in the (St. Kitts and Nevis) Constitution in 1983 because they at that time, the PAM government at that time, didn’t want any radical element of the Labour Party to bring down their government. That’s why it was put in there as it is. So they can huff and they can puff and they can try to blow whatever they want to blow down, but nothing is going to move you Mr. Prime Minister except the people of St. Kitts and Nevis. Not them,” Mr. Hull stated with conviction.

He asserted: “But certainly how they framed the Constitution it was so no Labour people could bring down or no two, three, four or five people in Labour could have bring down the PAM government and that’s why they framed the constitution like that; those are not men who were thinking about the country, they were thinking about themselves, so that is the law that they wrote and now they want to change it Mr. Prime Minister.”

Mr. Hull, who repeatedly stated who he is and that he is a born Nevisian told Prime Minister Douglas to “Stand your ground on this No Confidence Motion because they (PAM) are the architects of it.”