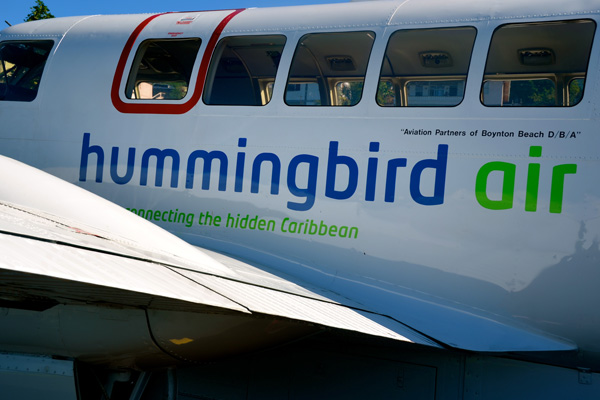 ROSEAU, Dominica — The newly launched Hummingbird Airlines has been operating flights in and from Canefield Airport in Dominica every Thursday and Sunday since July 11, 2014.

Proprietor of Hummingbird Airlines, Samuel Raphael, said according to feedback from the public, the airline’s service is great.

Raphael said they have been operating with only one aircraft but there are two more that are under certification as part of their expansion.

He encouraged visitors travelling to Dominica for the independence season to book a flight right away because many are already booked.