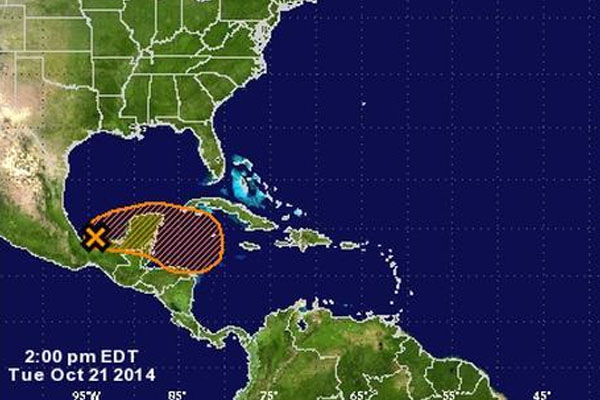 Miami, USA — A low pressure area in the far southern Bay of Campeche producing disorganized shower and thunderstorm activity. Upper-level winds could become a little more conducive for development by Wednesday and, according to the National Hurricane Center in Miami, this system has a 40 percent chance of becoming a tropical cyclone before it moves inland over the west coast of the Yucatan Peninsula late Wednesday or early Thursday.

Later in the week, the low also has a 50 percent chance of development over the northwestern Caribbean Sea during the next five days, if it remains separate from a cold front.

An Air Force Reserve reconnaissance aircraft was investigating the disturbance on Tuesday afternoon and interests in the Yucatan Peninsula should monitor the progress of this system.