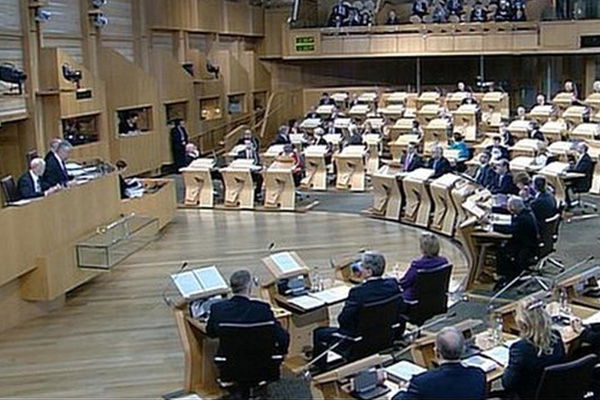 (BBC)—Scottish first minister Alex Salmond has launched his government’s independence blueprint, calling it a “mission statement” for the future.

The 649-page White Paper promised a “revolution” in social policy, with childcare at its heart.

The launch came ahead of next September’s independence referendum.

Alistair Darling, leader of the campaign to keep the Union, branded the document a “work of fiction, full of meaningless assertions”.

On 18 September, Scots voters will be asked the yes/no question: “Should Scotland be an independent country?”

Launching the paper – titled Scotland’s Future: Your guide to an independent Scotland – in Glasgow, Mr Salmond said: “This is the most comprehensive blueprint for an independent country ever published, not just for Scotland but for any prospective independent nation.

“But more than that, it is a mission statement and a prospectus for the kind of country we should be and which this government believes we can be.

“Our vision is of an independent Scotland regaining its place as an equal member of the family of nations. However, we do not seek independence as an end in itself, but rather as a means to changing Scotland for the better.”

As well as making the case for independence, the White Paper also set out a series of policy pledges which the SNP said it would pursue if elected as the government of an independent Scotland.

The Scottish government said Scotland’s finances were healthier than those of the UK, providing a strong foundation to put the focus of the referendum campaign on Scotland’s future.

Mr Salmond said the list of policies would help address what he described as the “damage caused by the vast social disparities which have seen the UK become one of the most unequal societies in the developed world”.

“We know we have the people, the skills and resources to make Scotland a more successful country,” he added.

“What we need now are the economic tools and powers to build a more competitive, dynamic economy and create more jobs.

“This guide contains policies which offer nothing less than a revolution in employment and social policy for Scotland, with a transformational change in childcare at the heart of those plans.

“Our proposals will make it far easier for parents to balance work and family life and will allow many more people, especially women, to move into the workforce, fostering economic growth and helping to boost revenues – which will in itself help pay for the policy.”

Blair Jenkins, chief executive of the pro-independence Yes Scotland campaign, said of the White Paper: “It addresses the questions and concerns that matter to the people who live and work in Scotland, from childcare to how the country will be rid of Trident and the nuclear weapons of mass destruction.

“It is a very informative and easy-to-understand guide and it will open a new dimension in the debate about Scotland’s future and the choice we face next September over the opportunity to make our own decisions according to our own needs, priorities and aspirations or sticking with a Westminster system that is simply not working for Scotland.”

But Mr Darling, the former UK chancellor who now leads the Better Together campaign, said the White Paper had failed to give credible answers to fundamentally important questions.

He went on: “What currency would we use? Who will set our mortgage rates? How much would taxes have to go up? How will we pay pensions and benefits in future?

“It is a fantasy to say we can leave the UK but still keep all the benefits of UK membership. The White Paper is a work of fiction. It is thick with false promises and meaningless assertions.

“Instead of a credible and costed plan, we have a wish-list of political promises without any answers on how Alex Salmond would pay for them.”

Mr Darling said the childcare pledge could be delivered now, and raised concern about the viability of the Scottish government’s plan to keep the pound, saying SNP ministers needed a currency “Plan B”.

The Scottish government’s critics have also questioned its plan to get rid of Trident nuclear weapons – currently based on the Clyde – while being a member of Nato.

For the UK government, Scottish Secretary Alistair Carmichael said the Scottish government had deliberately ignored the uncertainties and difficulties of independence, and had failed to put a price tag on its vision, adding: “Rarely have so many words been used to answer so little.

“We know that the terms of independence would need to be negotiated with many countries including the rest of the UK and the EU.

“An honest assessment of the challenges and uncertainties of leaving the UK would have seriously helped the debate between now and September.

Instead we have been given a wish with no price list. Today was their chance to level with people. They have chosen a different path and people in Scotland will judge them on that.”