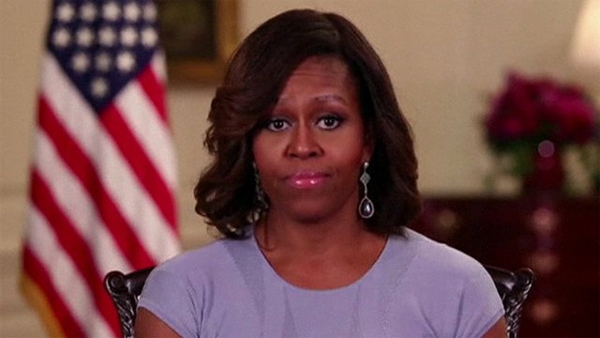 [BBC]–US First Lady Michelle Obama has said the mass kidnap of Nigerian schoolgirls is part of a wider pattern of threats and intimidation facing girls around the world who pursue an education.

She said she and her husband Barack Obama were “outraged and heartbroken” over the abduction on 14 April of more than 200 girls from their school.

She was speaking instead of her husband in the weekly presidential address.

The Islamist militant group Boko Haram has claimed the abductions.