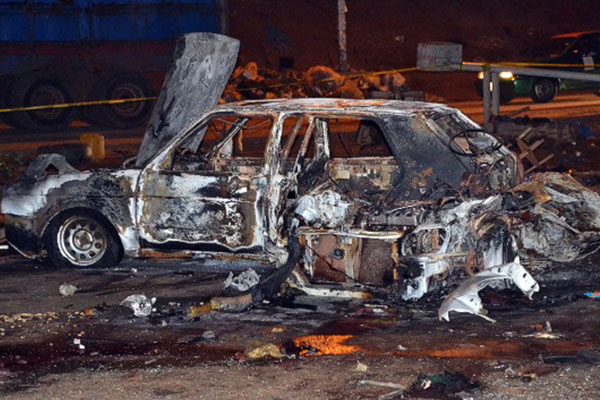 (CNN) — An explosion in a bus station filled with laborers killed 18 people in the Nigerian capital of Abuja, authorities said Friday.

The workers were on their way home for the May Day holiday when the blast occurred.

Ezekiel said it hit about 100 meters from the scene of an April 14 explosion that killed 71 people.

In that blast, about 130 people were hurt when a parked vehicle exploded in the Nyanya Motor Park bus station crowded with early morning commuters.