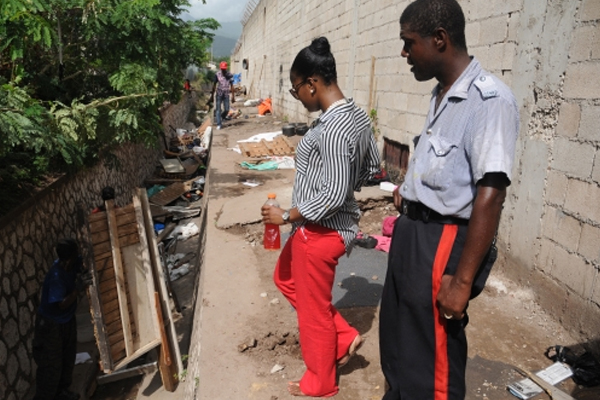 KINGSTON, Jamaica — Nine people wanted for a range of crimes were today arrested and makeshift dwellings demolished during a police operation at Shoemaker Gully in New Kingston.

Reports are that about 11:30 am, police and staff from the National Solid Waste Management Authority (NSWMA) went to the area where several of the men, some of whom are members of the homosexual community, were hiding.

“Nine of the individuals were arrested and several make shift shacks that were built and used as areas to hide were demolished,” Deputy Superintendent, Patrick Murdock, head of New Kingston Police Post told OBSERVER ONLINE.