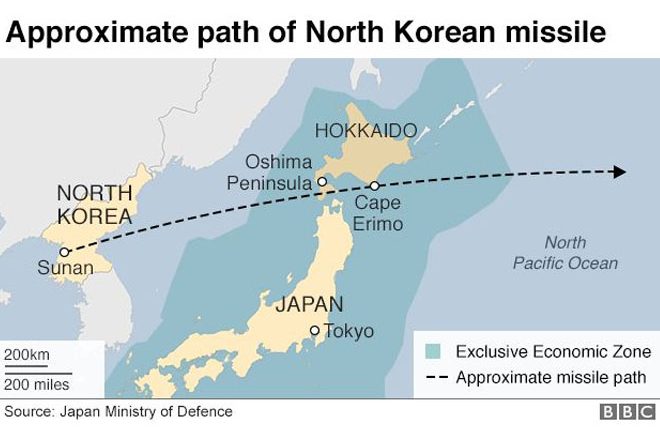 North Korea has fired a missile over Japan in a move Prime Minister Shinzo Abe called an “unprecedented” threat to his country and US President Donald Trump said was an act of “contempt”.

The missile, launched early on Tuesday Korean time, flew over Hokkaido island before crashing into the sea.