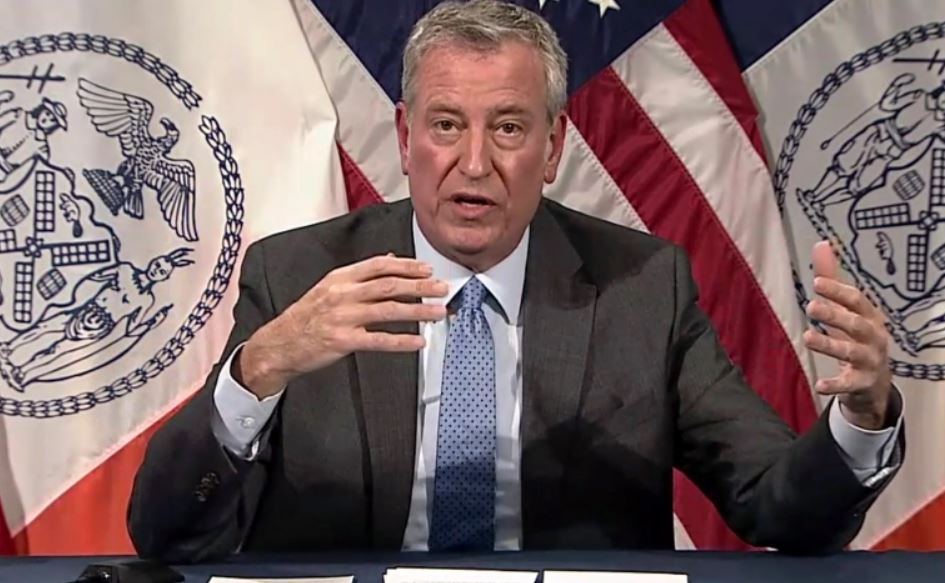 All private employers in New York City will need to mandate COVID-19 vaccinations for their workers by later this month, the city’s mayor has announced, calling the measure a “preemptive strike” against the potential spread of the Omicron variant.

During an interview on MSNBC on Monday, Mayor Bill de Blasio said the mandate – set to take effect on December 27 – also aimed to prevent a surge in new coronavirus infections during the colder winter months.

“We in New York City have decided to use a preemptive strike to really do something bold to stop the further growth of COVID and the dangers it’s causing to all of us,” de Blasio said. “All private sector employers in New York City will be covered by this vaccine mandate as of December 27.”

The move comes as the Omicron variant, which was first detected in South Africa last month and was designated a “variant of concern” by the World Health Organization, has been confirmed in at least 17 US states to date.

During the weekend, top infectious disease expert Dr. Anthony Fauci said while early indications of the severity of the Omicron variant are “a bit encouraging”, more information is still needed about the strain.

The United States has recorded more than 49 million cases of the coronavirus, according to Johns Hopkins University data, and more than 788,000 deaths.

Coronavirus vaccine mandates across states and cities vary widely, with some states resisting any mandates and others requiring the shots for government employees or certain sectors that run a particularly high risk, such as healthcare workers.

But most officials have not announced mandates reaching as far into the private sector, nor mandates covering so many people.

The new mandate on private sector businesses in New York City comes as federal courts have temporarily blocked an attempt by President Joe Biden to impose a similar measure nationally for larger companies.

In New York City, several indicators on Monday showed the spread of COVID-19 was on the rise, including the percentage of people who are testing positive for the virus, according to data from the city.

Vaccinations are already required for hospital and nursing home workers and for city employees, including teachers, police officers, and firefighters. A vaccination mandate for employees of private and religious schools was announced last week.

De Blasio said he expects the new private-sector measure to survive any legal challenges. A spokesperson for the mayor said the mandate would apply to roughly 184,000 businesses.

Current COVID-19 rules in New York City, which has a population of 8.8 million, also include at least one vaccine dose for indoor restaurant dining, entertainment venues, and fitness centres.