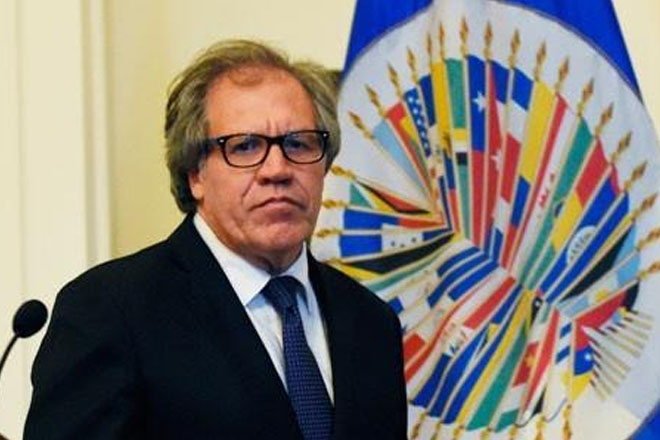 OAS head calls for Venezuela to be suspended

WASHINGTON, USA — The secretary general of the Organization of American States (OAS) on Tuesday called on members to suspend Venezuela from the hemispheric group, citing the country’s continued political crisis and failure to hold elections.

In a new 73-page report, Luis Almagro said attempts at diplomacy “had not produced any progress” since his first detailed report on May 30, 2016, outlining the crisis in Venezuela.