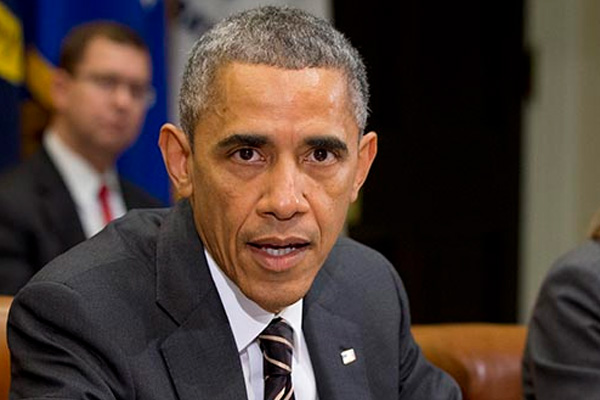 Obama to renew push for paid leave for working parents

Washington (AP) — Renewing a push for paid leave for workers, President Barack Obama on Thursday will call on Congress, states and cities to pass measures to allow millions of workers to earn up to a week of paid sick time a year, the White House said.

He’ll also ask Congress for more than US$2 billion in new spending to encourage states to create paid family and medical leave programs.

In addition, Obama will take steps to provide federal employees with up to six weeks of paid sick leave to care for a new child. And he’ll propose that Congress pass legislation to give federal workers an additional six weeks of paid parental leave.

Details on how Obama would raise the US$2 billion to help states will be released in the president’s budget proposal next month, senior adviser Valerie Jarrett said Wednesday.

Obama wants Congress to pass legislation that has been sponsored since 2005 by Rep. Rosa DeLauro, D-Conn., to allow workers to earn up to seven days, or 56 hours, of paid sick leave to care for themselves or a sick family member, obtain preventive care or deal with domestic violence. Under the Healthy Families Act, workers would earn an hour of paid sick time for every 30 hours they work. Employers that already provide paid sick time would not have to change their policies as long as the time earned can be used for the same purposes.

Obama will also call on states and cities to adopt similar legislation; some already have, as the White House noted in a fact sheet.

More than 40 million U.S. private sector workers don’t have any type of paid sick leave, Jarrett said, meaning they lose pay if they stay home when sick or to care for someone who is.

“This is not a partisan issue,” she said. “This is a family issue and it’s an economic issue.”

Obama will also outline ways to broaden access to paid family and medical leave. Under the 1993 federal Family and Medical Leave Act, workers may take up to 12 weeks of unpaid time off without losing their job to care for a new child, recover from an illness or care for an ill family member. The White House says most families cannot afford such long stretches of time off without pay.

Three states — California, New Jersey and Rhode Island — offer paid family and medical leave. To encourage others to follow, Obama will propose US$2.2 billion in new spending to reimburse up to five states for three years for the actual and administrative costs associated with implementing similar programs.

With regard to the federal workforce, Obama will propose legislation providing six weeks of paid administrative leave for the birth, adoption or foster placement of a child. Federal workers receive paid sick leave and vacation time, but no paid time off specifically for family or parental leave. Under the proposal, federal workers could use sick time to care for a healthy child after birth or adoption.

Obama also planned to direct federal agencies to advance six weeks of paid sick leave that federal workers could use as paid family leave, something agencies can do if they decide to, said Obama economic adviser Betsey Stevenson. Workers would be required to pay back the sick leave over time.

“Workplaces need to respond to the reality of family life in the 21st century, and allowing employees to have seven sick days a year is a bare minimum,” DeLauro said. “The fact that the United States is one of just a handful of countries that does not require paid family or sick leave is nothing short of shameful.”

The chances that lawmakers will send DeLauro’s bill to Obama in the next two years appear slim to none, given that the congresswoman first introduced the bill a decade ago.

But Debra L. Ness, president of the National Partnership for Women & Families, said the announcement amounts to the “boldest action” in support of family-friendly workplace polices in a generation.

“This is fantastic news for workers, families and our economy,” she said.

The announcement follows up on a White House Summit on Working Families the president held last June in Washington, Jarrett said. It will also be the latest in a series of near-daily previews by Obama of initiatives geared toward the middle class and working families that he plans to highlight in next Tuesday’s nationally televised State of the Union address.