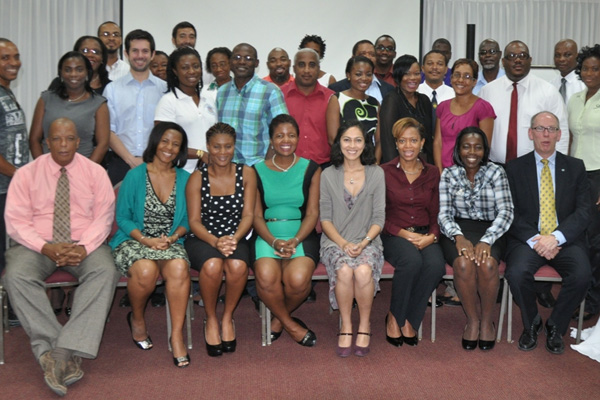 (OECS) Member States have made satisfactory progress on the implementation of six critical measures prescribed by the World Trade Organisation (WTO) that could help ensure a more consumer and investor friendly environment for clearing goods from ports.

The measures specific to OECS Trade Facilitation are: Enquiry Points, Disciplines on Fees and Charges, Authorized Economic Operators, Single Window, Average Release Times and Test Procedures. These were chosen from thirty-nine trade facilitation measures formulated by the WTO for possible agreement during a ministerial conference scheduled for Indonesia in December 2013.

Claude Paul a former Comptroller of Customs in Saint Lucia was a consultant at the just ended regional workshop in Saint Lucia which assessed the implementation of trade facilitation measures in the OECS. Paul says the level of progress by the OECS Member States in implementing the six measures further demonstrates their determination towards improving competitiveness as a trading destination through the circulation of goods across borders in the smoothest possible way:“The exercise of coming to where we are today was facilitated through a questionnaire developed by UNCTAD to categorise measures in terms of Category A in terms of what we were already implementing, those measures in Category B which needed time and with which were partially compliant and Category C where we needed time and technical assistance to implement. I have to say that across the region we average about sixty percent fully compliant with all the measures. In terms of the partial compliance that is about thirty percent. So in my estimation I think that there is only about ten percent which is about three to five measures that will need to get some technical assistance. My assessment is that we are not far off in terms of implementation. There is need for technical assistance and coordination at the regional level to bring about the desired state of play.” Paul told the OECS News Link (www.oecs.org) the trade facilitation measures are achievable and the OECS is very far advanced in implementation. He added that this collective approach towards enhancing trade further supports the significance of the OECS Economic Union in improving the socio-economic conditions of OECS Member States.

Virginia Paul who heads the OECS Secretariat’s Trade Policy Unit expects the next steps in implementing the measures to enhance trade facilitation in the OECS will include a sensitization strategy to broaden the level of “buy-in” among key stakeholders as to the many benefits, and enhanced development opportunities for Member States: “It’s a journey which will involve a fair amount of change. Change in the mindset as to how things should be done to make goods move freely or much easier across borders. The current mindset has always been issues of revenue protection and ensuring that government revenue is not lost on account of trade facilitation and so if governments can be satisfied that making trade facilitation reforms will seek to even further enhance that revenue then they are going to endorse the measures.”

OECS Member States also discussed security arrangements at borders which could also boost conditions for customs authorities and others who work or operate at the ports.

The Head of the OECS Secretariat’s Trade Policy Unit expressed the need for more coherence and co-ordination at the national level among players in trade facilitation like Customs Brokers, Ministries of Trade, Customs Authorities and the Private Sector: “We also thought that there is need for more co-ordination and collaboration in the activities of development partners or international organisations which provide support to the OECS Member States in the area of Trade Facilitation and they see the OECS Secretariat as playing a key role in facilitating that co-ordination.”