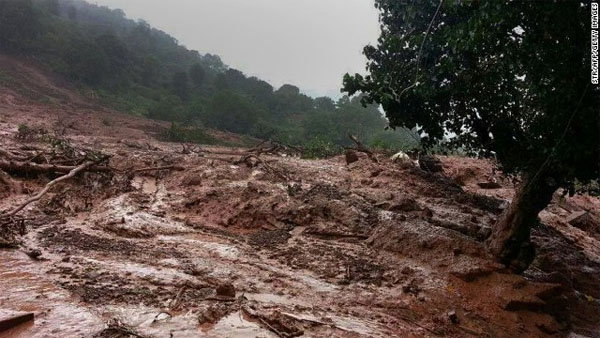 “There are reports that up to 30 to 40 houses have been affected,” said Suresh Jadhav, a district administrator in Maharashtra state.

About 40 ambulances and 200 volunteers were sent to the scene to help with the rescue effort, he said.

The landslides were reported around midnight in Malin, a village in Maharashtra’s Pune district near Mumbai.