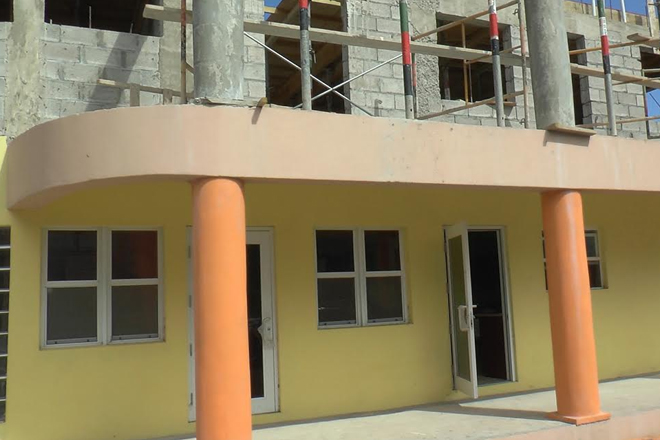 (ZIZ News) — Football officials have given the media an early look at new training facilities under construction at St. Peters.

The building falls under the Fifa Goal Project, and Howard McIntosh of Fifa’s Development Office explained the purpose of the site.

“The Fifa Goal Programme is a programme designed to ensure that all member associations, and we have 209, have the opportunity to have a technical home and an administrative home, and then look at the infrastructural development in the country. As you may be aware, the St. Kitts Nevis Football Association has an administrative home and now this will be the technical home,” he said.

McIntosh said the SKNFA’s performance over the years was one factor that led Fifa to support this project.

SKNFA President Anthony Johnson spoke of some of the recent achievements.

“Initiatives such as player insurance. For the very first time in our history all of the players in the Premier League are insured. And we’re not just speaking about the players, but the coaches as well. We have for the first time, over the past few years, started a Female League. Last year the National Team travelled to Europe and became the first Caribbean team to defeat a European team on European soil,” he said.

The facility is entering its second phase of development and following the tour Mr. McIntosh signed a contract to complete the project

While in St. Kitts Mr. McIntosh was also scheduled to meet with government representatives to discuss partnerships that would further the development of football in the country.