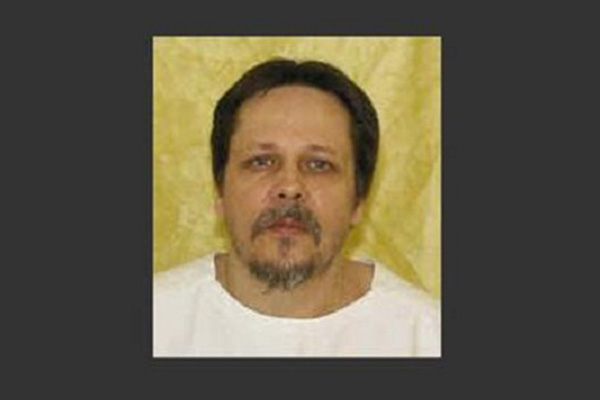 LUCASVILLE, Ohio (AP) — A condemned man appeared to gasp several times and took an unusually long time to die — more than 20 minutes — in an execution carried out Thursday with a combination of drugs never before tried in the US.

Dennis McGuire’s attorney Allen Bohnert called the convicted killer’s death “a failed, agonizing experiment” and added: “The people of the state of Ohio should be appalled at what was done here today in their names.”

An attorney for McGuire’s family said it plans to sue the state over what happened.

McGuire’s lawyers had attempted last week to block his execution, arguing that the untried method could lead to a medical phenomenon known as “air hunger” and could cause him to suffer “agony and terror” while struggling to catch his breath.

McGuire, 53, made loud snorting noises during one of the longest executions since Ohio resumed capital punishment in 1999. Nearly 25 minutes passed between the time the lethal drugs began flowing and McGuire was pronounced dead at 10:53 am.

Executions under the old method were typically much shorter and did not cause the kind of sounds McGuire made.

Ohio prisons spokeswoman JoEllen Smith had no comment on how the execution went but said a review will be conducted as usual.

Prison officials gave intravenous doses of two drugs, the sedative midazolam and the painkiller hydromorphone, to put McGuire to death for the 1989 rape and fatal stabbing of a pregnant newlywed, Joy Stewart.

The method was adopted after supplies of a previously used drug dried up because the manufacturer declared it off limits for capital punishment.

The execution is certain to launch a new round of federal lawsuits over Ohio’s injection procedure. The state has five more executions scheduled this year, with the next one to come on February 19.

McGuire’s attorney called on Republican Governor John Kasich to impose a moratorium on future executions, as did a state death penalty opponent group.

What was particularly unusual Thursday was the five minutes or so that McGuire lay motionless on the gurney after the drugs began flowing, followed by a sudden snort and then more than 10 minutes of irregular breathing and gasping. Normally, movement comes at the beginning and is followed by inactivity.

“Oh, my God,” his daughter, Amber McGuire, said as she watched his final moments.

“All citizens have a right to expect that they will not be treated or punished in a cruel and unusual way,” Rion said. “Today’s actions violated that constitutional expectation.”

In pressing for the execution to go ahead, state Assistant Attorney General Thomas Madden had argued that while the US Constitution bans cruel and unusual punishment, “you’re not entitled to a pain-free execution.”

US District Judge Gregory Frost sided with the state. But at the request of McGuire’s lawyers, he ordered officials to photograph and preserve the drug vials, packaging and syringes.

The selection of drugs for use in executions in the US involves more than just considerations of effectiveness. It is complicated by the politics of the death penalty, questions of medical ethics and the constitutional protection against cruel and unusual punishment.

In Ohio’s case, the state in recent years used pentobarbital, a form of which is used to put down cats and dogs. But the state’s supply ran out after the manufacturer refused to allow its use in executions.

Some executions with pentobarbital ran into problems, but they involved difficulties inserting the needle, not trouble with the effectiveness of the drug.

A few minutes before McGuire was put to death, Ohio prison director Gary Mohr said he believed the state’s planning would produce “a humane, dignified execution” consistent with the law.

McGuire, strapped to a gurney in the death chamber, thanked Stewart’s family members, who witnessed the execution, for their “kind words” in a letter he apparently received from them.

“I’m going to heaven. I’ll see you there when you come,” he said.

Stewart’s slaying went unsolved for 10 months until McGuire, jailed on an unrelated assault and hoping to improve his legal situation, told investigators he had information about the death. His attempts to pin the crime on his brother-in-law quickly unravelled, and he was accused of the killing.

More than a decade later, DNA evidence confirmed McGuire’s guilt, and he acknowledged his responsibility in a letter to Kasich last month.

The death row inmate’s lawyers argued McGuire was mentally, physically and sexually abused as a child and had impaired brain function that made him prone to act impulsively.

“We have forgiven him, but that does not negate the need for him to pay for his actions,” Stewart’s family said in a statement after the execution.