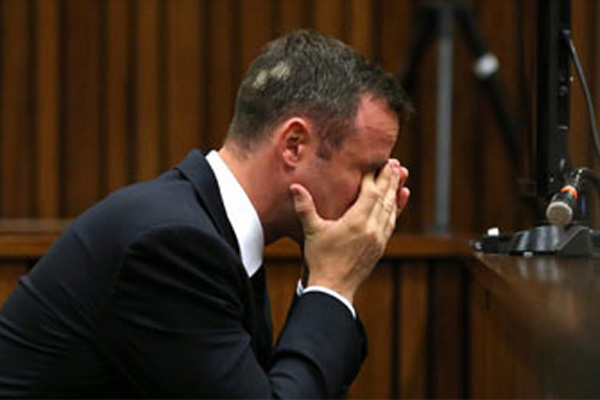 London (CNN) — The defense in the Oscar Pistorius murder case rested Tuesday, bringing to an end the latest phase of a trial which has lasted longer than the athlete’s relationship with Reeva Steenkamp, the girlfriend he killed.

The long delay may be because of the length of time it will take the legal teams on both sides to review the transcript of the case, CNN legal analyst Kelly Phelps said.

Pistorius, 27, admits firing the bullets that killed Steenkamp, but he says he mistakenly thought he was defending himself from an intruder. Prosecutors say the two had an argument and he deliberately murdered the model and law school graduate, who was 29.

Following closing arguments, the judge will have to decide whether Pistorius genuinely made a mistake or deliberately murdered his girlfriend.

If Judge Thokozile Masipa does not believe the athlete thought there was an intruder, she will find him guilty of murder and sentence him to a prison term ranging from 15 years to life. South Africa does not have the death penalty.

If Masipa accepts that Pistorius did not know that Steenkamp was the person he was shooting at, she could find him guilty of culpable homicide, a lesser charge than murder, or acquit him, according to Phelps, the CNN legal analyst.

A verdict of culpable homicide would leave the sentence at Masipa’s discretion.