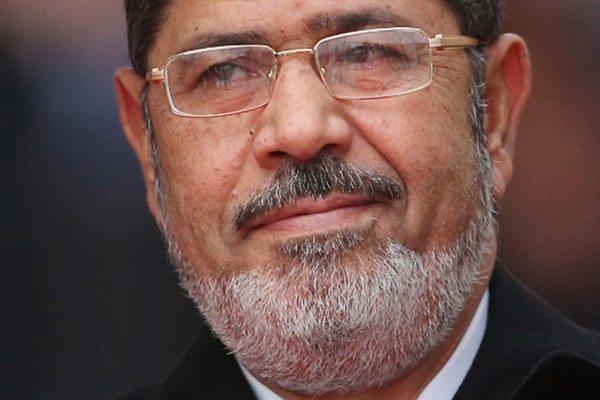 Nineteen Muslim Brotherhood members, including Morsy, allegedly broke out of the prison in 2011, state-run EGYNews reported.

At the time, the Muslim Brotherhood was banned in the country. But the Islamist group became Egypt’s most powerful political force after longtime ruler Hosni Mubarak was toppled in February 2011.

Morsy and dozens of co-defendants are accused of collaborating with the Palestinian Islamist group Hamas and the Lebanese Shia group Hezbollah to escape from the Wadi-Natroun prison, the state-owned Ahram Online news agency said.

The trial is one of several that Morsy is facing. He has also been charged with raiding other prisons, killing soldiers and officers in Rafah, and incitement to murder in connection with protests against his rule in 2012.

Morsy became Egypt’s first democratically elected president in 2012 after the fall of Mubarak, who had ruled Egypt for 29 years.

But just one year later, Morsy was deposed in a military coup. The U.S. State Department called for the military to release him, saying his detention was politically motivated.

Opponents accused Morsy of pursuing an Islamist agenda and excluding other factions from the government.

But supporters said that he wasn’t given a fair chance and that the military has returned to the authoritarian practices of Mubarak.

Morsy’s trial wasn’t the only significant news out of Egypt on Tuesday.

A senior aide to Egypt’s interior minister was killed in the Giza area of Cairo, a presidential spokesman said.

Gen. Mohammed Said was shot and killed near the Pyramids, spokesman Ehab Badaway said. There was no immediate claim of responsibility for the attack.

Last September, the interior minister himself was targeted in an assassination attempt.

Egypt’s Interior Ministry oversees the country’s police force, which has led a fierce and sometimes deadly crackdown against protesters over the past several months.