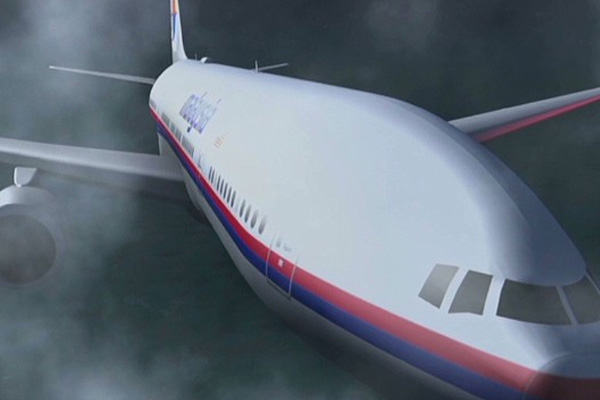 Outside group tells governments where to search for Flight 370

Washington (CNN) — The doubters have spoken.

A group of independent experts — who prodded authorities to release satellite data on Malaysia Airlines Flight 370 — says it thinks it knows the approximate location of the missing aircraft.

Five separate computer models all place the plane in a tight cluster of spots in the south Indian Ocean — hundreds of miles southwest of the previous search site.

“We recommend that the search for MH370 be focused in this area,” the group said in a statement late Tuesday.

“While there remain a number of uncertainties and some disagreements as to the interpretation of aspects of the data, our best estimates of a location of the aircraft (is) near 36.02 South 88.57 East,” according to the statement, which was approved by 10 named experts.

The group opted to release its statement late Tuesday in advance of a BBC documentary on the missing plane, and ahead of the Australian government’s announcement on the focus of the search, so that there would be no question about the independence of the group’s findings, said one member of the group, American Mobile Satellite Corp. co-founder Mike Exner.

“We wanted to get our best estimate out,” Exner said.

The group believes that after the Boeing 777 circumnavigated Indonesia, for reasons that are still unknown, the plane traveled south at an average speed of 470 knots, probably at a consistent altitude and constant heading, Exner said. All five computer models developed by the experts place the aircraft in a “pretty tight cluster…plus or minus 50 miles of each other,” he said.

The plane and its 239 occupants vanished March 8 while flying from Kuala Lumpur to Beijing.

In a blog post, group member Tim Farrar called the recommended search site “our best estimate — but not the only possible — location for a potential search.”

Meanwhile, a team of government experts and Inmarsat employees is re-evaluating the data before pinpointing where to resume the search. On Wednesday the agency overseeing the search said the analysis was “nearly complete” and it expects to announce the new search site by the end of June.

Australian government authorities only recently acknowledged that acoustic pings heard two months ago are now believed to be unrelated to the aircraft’s data recorders, or “black boxes.”

The ad hoc group of independent specialists came together through web sites of two experts, Duncan Steel of Wellington, New Zealand, and Tim Farrar of Menlo Park, California. Several members of the group initially cast doubts on Inmarsat’s conclusions that the plane had flown south, saying the publicly available information from Malaysia and Inmarsat was insufficient to draw that conclusion. The plane could have flown north, landing or crashing along an arc extending from Thailand to Eastern Europe.

But shortly after Malaysia released raw satellite data on May 27, several of the loose confederation of scientists agreed it provided sufficient data to show the plane had flown south.

The “breakthrough piece of information,” Exner said, was that the satellite terminal on the aircraft had been programmed to use a simplified assumption about the location of the satellite. The terminal assumed that the satellite was geostationary — fixed over a spot on the equator — when, in fact, it drifted to the north and south.

Over the past few weeks, the group continued to exchange information through emails and through postings on the web sites. The group worked five or six hours Tuesday exchanging some 120 emails in drafting the statement on the possible location of MH370.

Exner said he believes authorities were narrowing in on the correct search site, but were thrown off course when searchers detected acoustic pings northwest of Australia.

“It’s my personal opinion that the official search team weighed too heavily” on the acoustic pings, he said.

Exner said the informal group of experts has volunteered to work with the U.S. National Transportation Safety Board and the Australian Transport Safety Bureau. But, while the government agencies have been polite, they have been reticent to release additional information that could further help the independent group, he said.