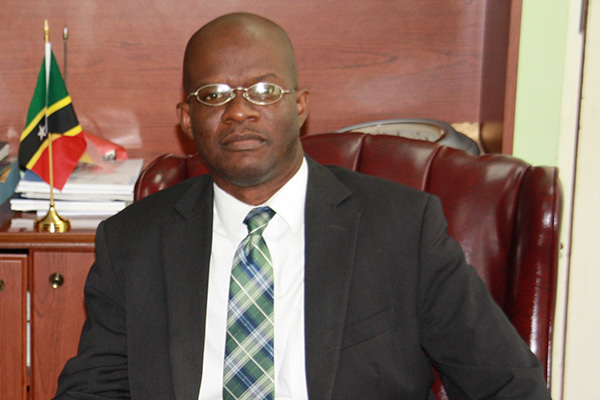 The Government of St Kitts and Nevis continues to pursue a foreign policy which is complementary and supportive of its domestic development agenda in the areas of provision of quality services focusing on Tourism, financial services, information technology, medical/ health tourism through the establishment of well regulated tertiary educational institutions, light manufacturing, renewable energy, and agricultural diversification.  These are all intended to promote the further comprehensive sustainable economic and social development of the Federation in the post sugar era thereby enabling every citizen, national and/or resident the opportunities to excel in his/her chosen area of endeavour.

Further, the Foreign Policy of St. Kitts and Nevis as formulated, articulates and promotes the Federation’s views on global issues at the regional and/or international level, highlighting their impact on the country’s sustainability and suggesting means of mitigating the effects for the good of all.  In an effort to achieve this mandate, the Government of St Kitts and Nevis through its Ministry of Foreign Affairs being mindful that International Relations is a constantly evolving phenomenon and recognising the ever changing dynamics in the international arena has sought to strengthen its relations with traditional partners, namely, the OECS, CARICOM, Cuba, the Republic of China Taiwan, the United States of America, Canada, the United Kingdom and the European Union whilst at the same time diversifying its engagement by forging new partnerships with several emerging countries including Mexico, Brasil, India, Nigeria, South Korea, the United Arab Emirates (UAE) in addition to a number of countries in Eastern Europe; specifically those with the capacity to assist the Federation in attainment of our economic and social development goals.

In that regard, the Government of St Kitts and Nevis has utilised a number of mechanisms to achieve its policy objectives.  These include but are not limited to participating in several political, economic, trade, and tourism related visits to several of the countries of importance to the Federation.  Most recently, working visits have been undertaken to the United Kingdom, Republic of China Taiwan, Hong Kong, France, Sri Lanka, the United Arab Emirates and Vietnam.  These will result in significant and meaningful benefits to the Federation.

The practice of appointing Honorary Consuls is allowed for under Chapter three of the Vienna Convention on Diplomatic Relations.  Whilst the Vienna Convention on Diplomatic Relations does not specifically address the appointment of Special Envoys/Representatives, Governments have nonetheless offer such appointments to selected persons usually at the diplomatic rank to act in this capacity to fulfill some specific role.

Consistent with that practise and further to Cabinet’s approval during its meeting on Monday 7th January 2013, Ministers having duly considered the content of a Memorandum dated January 4th 2013, approved the appointment of Mr. Alizeria Moghadam, a National of Iran who had formally acquired, following successful completion of all the necessary due diligence, citizenship of St Kitts and Nevis through the Investment Programme; as a Special Envoy to Azerbaijan and Turkey with the mandate ‘to explore areas of interest to the Federation.’

As a result, Mr. Moghadam was issued with a diplomatic passport.  On [day, month, year] Mr. Moghadam presented his diplomatic passport when travelling to Canada.  Authorities sought to confirm his role, and the Ministry of Foreign Affairs confirmed to Canada the details of Mr. Moghadam’s appointment and the specifics of his remit, including the fact that the areas in which Mr. Moghadam is authorized to represent the interests of St. Kitts and Nevis are Azerbaijan and Turkey.

In keeping with our traditionally constructive relations with the Government and people of Canada, the Government of St Kitts and Nevis continues to lend support to that country’s efforts to promote border security and reduce international terrorism in order to safeguard global peace and security.

There is an important point I wish to share at this point, Mr. Speaker:  The International Civil Aviation Organization – the international body with jurisdiction over matters pertaining to air travel – states that the inclusion of the ‘place of birth’ on a country’s passports is optional.  That is, the world’s governing body on the standards and requirements governing passports does not require that an individual’s place of birth be specified in their passport.  Nonetheless, in keeping with our ongoing commitment to improve border security, the Government of St. Kitts and Nevis has decided to make changes to our biometric passports, specifically to include place of birth in the document.  For ease of reference, Mr. Speaker, the ICAO’s position on “place of birth” designation in passports can be found in ICAO 9303, Part 1, Volume 1 (6th Edition, 2006), defined under Section IV-12/11 “Optional element in mandatory zone.”  In addition, it is important to note that the Ministry of Justice and Legal Affairs has also been working with the Ministry of Homeland Security to ensure that name changes undertaken by nationals, citizens and/or residents are also duly reflected in the travel documents issued by the Federation.

No-one understands better than we do, Mr. Speaker, the importance of our protecting our very special visa-free access to Canada and a number of European countries.  Indeed, it is as a result of our extraordinary work in this area, and the regard in which St. Kitts-Nevis is held that, with the exception of one neighbor, St. Kitts and Nevis is the only OECS country that enjoys this visa free access to Canada and the European countries referred to above.

The Government of St Kitts and Nevis is therefore not aware of any efforts by the Government of Canada – or for that matter other countries – to effect changes to the visa free status waiver currently enjoyed by nationals and citizens of the Federation.  And we will continue working to maintain our longstanding tradition of openness and collaboration with our Canadian and other allies in order that these relationships will continue to go from strength to strength.

Mr. Speaker, as we know, St Kitts and Nevis continues to enjoy very close, immutable bonds of friendship and cordial bilateral relation with Canada which have resulted in cooperation in several areas, health, education and training, security and the provision of economic assistance.  Indeed, Canada continues to offer numerous opportunities to hundreds of Nationals of St Kitts and Nevis and their families who reside and contribute both to the development of that great country, as well as to the Federation through remittances and the lending of their expertise to various areas of social and economic advancement.

At the regional level, the Federation has actively participated through its Ministry of International Trade in the negotiations to finalize a CARICOM Canada Trade Agreement intended to benefit our region and that country.  At the international level, the Government of St Kitts and Nevis through its Minister of Foreign Affairs, the Honourable Patrice Nisbett has committed the Federation to supporting Canada’s principled stance on the human rights.

The Government of St Kitts and Nevis remains resolute and steadfast in its efforts to pursue a Foreign Affairs Policy intended to promote economic and/or social development based on the principles of transparency, adherence to domestic laws, respect, due regard for the sovereignty of other countries and importantly, protection of the rights of the nationals, residents of the Federation.  And as the above statement demonstrates this has yielded extraordinary results for the Government and people of our Nation.