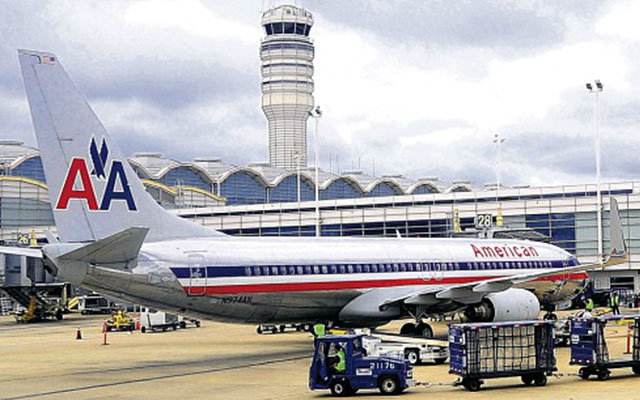 BOSTON (AP) — An outburst over a reclined seat led an American Airlines flight to divert to Boston, at least the second such incident in the US this week, authorities said.

Passenger Edmund Alexandre became upset after a woman reclined the seat in front of him on the Miami-to-Paris flight on Wednesday night, the Suffolk County district attorney’s office said.

Alexandre, who’s from Paris, continued to be disruptive when a flight crew member attempted to calm him, following the crewman down the aisle and grabbing his arm, authorities said. Two undercover federal air marshals on the flight then subdued Alexandre and handcuffed him, the US attorney’s office said.

Massachusetts state police arrested Alexandre when the diverted plane landed around 10:00 pm. Alexandre was taken to a hospital for observation and treatment of pre-existing health issues. Federal prosecutors said he told authorities he had high blood pressure and diabetes.

Alexandre was charged with interfering with a flight crew and was arraigned at the hospital on Thursday. A judge approved his release from custody on his own recognizance until a December hearing. His attorney didn’t return a telephone message seeking comment.

On Sunday, a United Airlines flight diverted to Chicago after two passengers argued over reclining a seat.