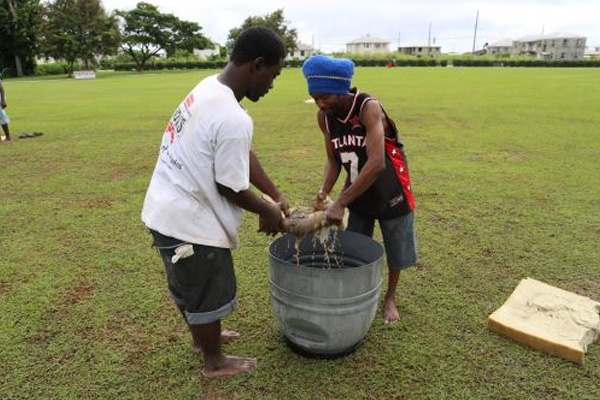 Lucas Street, Barbados (CMC) — A wet outfield on Sunday forced the abandonment of the third day’s play in the third round match in the WICB Professional Cricket League between Barbados Pride and Jamaica.

A trough system dumped heavy rains across the island from Thursday through Saturday, and even though good weather returned on Sunday, the Windward Sports Club remained unfit for play.

Ground-staff at the eastern Barbados venue worked tirelessly in mopping up operations but with significant water still on the outfield, umpires called off the game at 2:45 pm.

It was the third straight day play was abandoned without a ball bowled.

The development is a major blow for Barbados who are defending champions. They were also hampered by rain last weekend as they chased victory against Trinidad and Tobago Red Force in their opening round encounter at Queen’s Park Oval.

That match finished in a draw after only 14.4 over were possible on the final day, with Barbados scenting a win.

Jamaica, meanwhile, won their opener against Windward Islands Volcanoes by 13 runs at Sabina Park in Kingston.