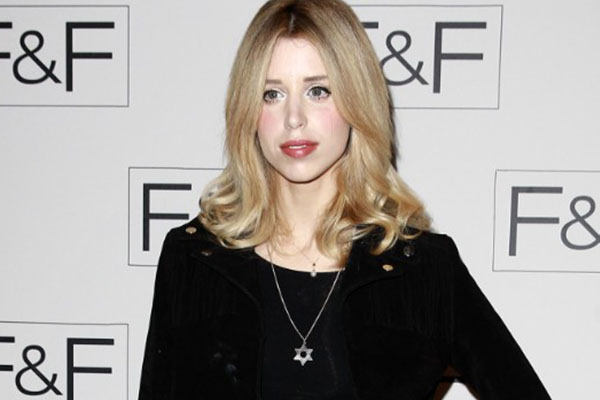 Her sudden death prompted shock in the entertainment world and an outpouring of tributes from family, friends and fellow celebrities.

According to Kent Police, it is being treated “as a non-suspicious, unexplained sudden death.” Officers are continuing to investigate the circumstances, the force said.

Geldof, who was married with two sons under the age of two, was only 11 years old when her own mother died of a drug overdose.

In a poignant column for Mother and Baby magazine, published with the blessing of her family a day after her death, Geldof had written of the huge change her “two fat little cherubs” had brought to her life.

She had “lived a life of wanton wanderlust” as she partied from Los Angeles to London, “lost in a haze of youth and no responsibilities,” she wrote.

“But it was becoming boring. I wanted an anchor — I craved it. And, when I had two wailing, smiling, joyful little blobs of waddling pink flesh, they became my entire existence, and saved me from one of pure apathy.”

The transition could be tough, she said, but it was worth it. “I had the perfect life — two beautiful babies who loved me more than anything. It was, and is, bliss.”

Her widower, rock musician Tom Cohen, said Monday he would bring up their sons, Astala and Phaedra, “with their mother in their hearts every day.”

In a statement, Bob Geldof said his family was “beyond pain” and would cherish Peaches’ memory forever.

A host of celebrities also paid tribute. TV mogul Simon Cowelltweeted his condolences: “The few times I met Peaches she was a sweet, funny warm person. Much love to her family she has left behind.”

Geldof was the second daughter of Yates, who rose to fame in the 1980s as presenter of music show “The Tube.” She died from a heroin overdose in 2000, aged 41.