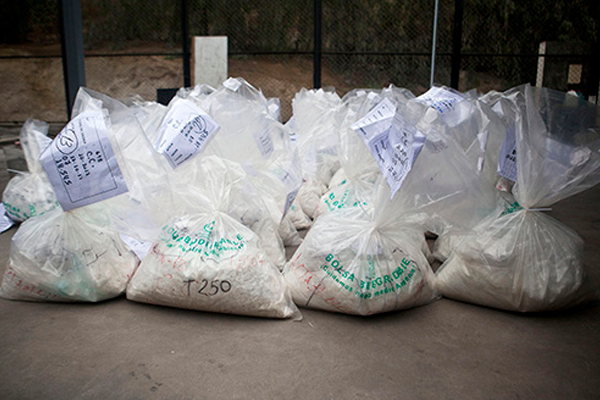 LIMA, (AFP) – Peruvian police on Wednesday seized a record six tons of cocaine from a Mexican drugs cartel operating in the country, in what authorities hailed as a major blow to organized crime.

The stack of cocaine was found hidden in a shipment of coal in the Peruvian city of Trujillo and was to have been moved on to Spain and Belgium.

“We have counted up 85 percent of it and so far we have a bit more than six tons,” said General Vicente Romero, who leads Peru’s fight against illegal drugs.

Two Mexicans and seven Peruvians have been arrested so far in the six-week operation, the Interior Ministry said, adding the drugs belonged to a Mexican cartel, but did not say which one.

It was a record seizure of cocaine in Peru, officials said.

Mexican cartels also often move drugs to their home country and then on into the lucrative US market.