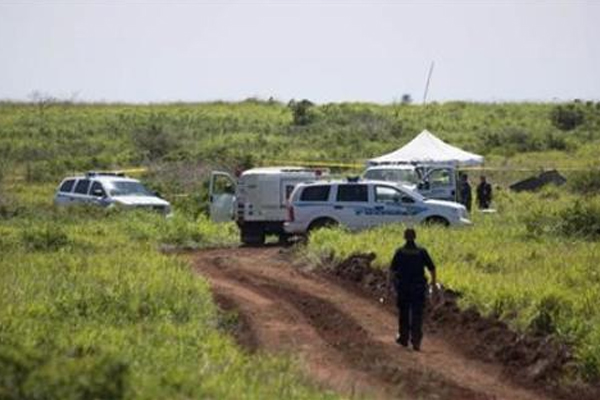 The crash occurred around 9:30 pm Wednesday about a mile from Lanai Airport in the Miki Basin area, Maui County spokesman Rod Antone said.

The plane, a twin-engine Piper PA31, burned upon impact, according to Federal Aviation Administration spokesman Ian Gregor. The tail number is listed as N483VA.

Authorities said that they believe everyone aboard the aircraft has been accounted for.

Maui County identified the dead as the pilot of the plane and two Department of Planning employees. Two other planning employees were in critical condition and the deputy attorney for Corporation Counsel, the agency that provides legal services for the county, was in serious condition Thursday morning, according to a nursing supervisor at Queen’s Medical Center and the county. All three survivors were airlifted to the Honolulu hospital.

Lanai is part of Maui County, and it’s common for county officials to travel frequently between the islands via plane or ferry.

The group had been on Lanai earlier that evening to staff a Lanai Planning Commission meeting and chartered a return flight on Maui Air, the county said.

“The man who called 911, the deputy attorney for Corporation Counsel, said he had pulled two of his co-workers away from the fire as best he could because they could not move on their own,” the county said in a news release. “All three survivors suffered burn injuries.”

At a news conference Thursday, Maui Mayor Alan Arakawa choked back tears, describing how county employees are like “family.”

“We’re a very small community,” he said. “Everybody knows each other. Everybody works with each other. Any kind of a loss like this really hits home.”

Fire Services Chief Lee Mainaga said the “aircraft down” call came at 9:25 a.m. At first, fire crews didn’t see anything when they got to the airport. Then they located the aircraft about a mile south of the airport, in former pineapple land with grass about two-feet high, he said.

Firefighters extinguished the fire while police tended to the victims.