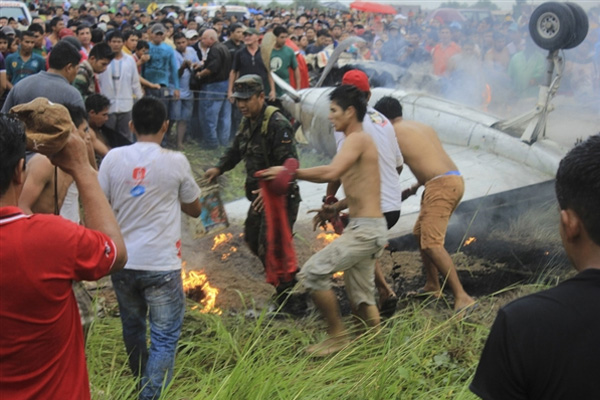 Ten other people were injured in the crash at the Riberalta airport, 1,000 kilometers (about 620 miles) from La Paz, the capital, said Jose Luis Pereira, the hospital director in Riberalta, the news agency added.

The plane, which belongs to local airline Aerocon, departed from Trinidad, and according to some witnesses, went off the runway and caught fire after hitting some brush, the news agency said. The bodies of seven people have not been identified so far because they were charred after the impact, ABI said.

Some witnesses said that it was pouring rain at the time of the crash and that because of a lack of equipment, it was hard to rescue the victims.

President Evo Morales sent his condolences to the families of the victims and is asking for an investigation into what happened and possible drastic sanctions, the news agency said.

According to the government, this is the fourth accident for Aerocon since 2012.