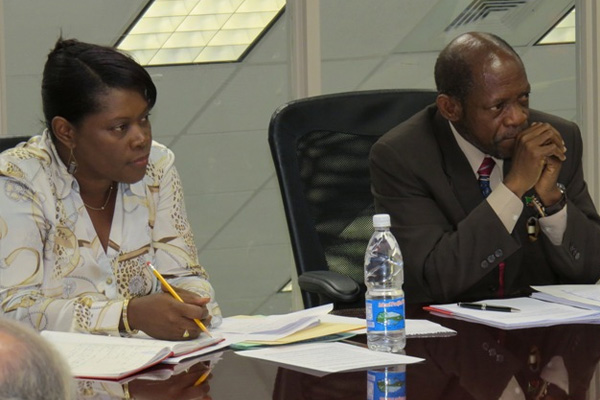 PM Douglas to make statement on the CIP next week

He told CMC’s Peter Richards in an interview in Antigua where he is attending the 35th Regular Meeting of the Conference of Caribbean Heads of Government that CIP had come under scrutiny by some sectors of the local society as well as the United States but that his administration had been implementing measures to ensure its transparency and accountability in keeping with international norms.

Dr. Douglas said the CIP began in 1984 at a time when several Caribbean countries pursued that initiative in a bid to lure investors to the region.

He said that his administration had accepted “very seriously” the advisories issued by Washington and other reputable financial agencies over the years.

Dr. Douglas, who along with Deputy Prime Minister the Hon. Dr. Earl Asim Martin and Head of the Citizenship By Investment Unit, Mrs. Cheryleann Pemberton, t separately with stakeholders including investors and service providers recently, disclosed that his St. Kitts-Nevis Labour Cabinet “has been tasked looking at a paper that eventually will be launched next week that speaks to the programme.”

“Even though we have done exceptionally well and the programme has had tremendous following and support, we take the advice that has come from the United States Treasury Department very seriously and we want to make sure that in no way that our programme can be used to undermine, first, the global security moves in the fight against security problems and secondly the use of our programme to allow persons to circumvent what has been very strong positions taken by the US and other countries with regards to sanctions.

“So we have to make sure that in reviewing our programme that strengths are being put in place to guard against any possible abuse of this programme,” he added.