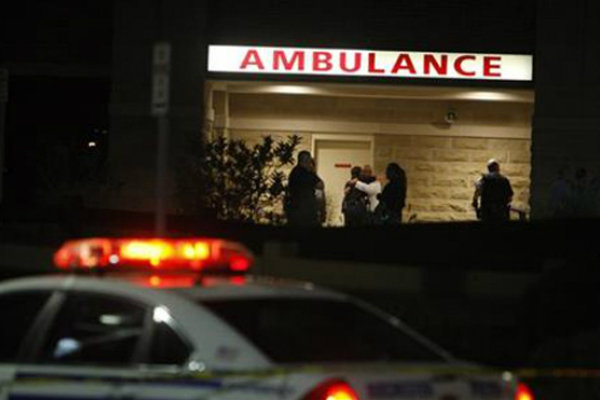 ROCHESTER, New York (AP) — A police officer died in a shooting in Rochester and a suspect has been apprehended, officials in the upstate New York city said.

Rochester Police Chief Michael Ciminelli said the officer was shot just before 9:30 p.m. Wednesday when gunfire was exchanged during a pursuit at Hudson Avenue and Warsaw Street.

During a brief news conference early Thursday, Ciminelli said the suspect was in surgery and that a bystander had suffered non-life threatening injuries. None of the three was identified.

The officer was taken to Rochester General Hospital, where he died. The others were taken to Strong Memorial Hospital.

Ciminelli said there are no other suspects and that an investigation was continuing.

Mayor Lovely A. Warren said words cannot express the sense of sorrow and loss caused by the officer’s death. She said the city’s police officers put their lives on the line each day to protect citizens.

Before the news conference, dozens of police officers met with the mayor and police chief at Rochester’s public safety building, some reportedly in tears.

The officer was the first member of the Rochester Police Department to be killed in the line of duty since 1959.