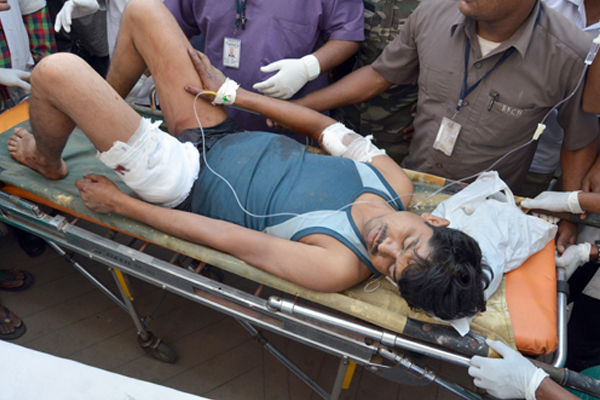 NEW DELHI (AP) – Maoist rebels ambushed paramilitary soldiers in a brazen daytime attack on their camp in central India on Tuesday, killing 20 troops in their largest attack in almost a year, police said.

Paramilitary soldiers have been stationed in the area for months to protect construction workers who are building roads into the dense forests of remote southern Chattisgarh state. The rebels oppose government efforts to open up the area, fearing it portends mining activities that would degrade the forests on which local tribes depend for food and shelter.

Forty-four soldiers were in the camp when 200 armed rebels surrounded it and opened fire, killing 18 men instantly and wounding others, said Mukesh Gupta, inspector general of police. Troops returned fire and a fierce gun battle lasted about three hours. Two soldiers died of their wounds soon after the attack.

There were no immediate reports of any rebel casualties in the attack near the village of Jiram Ghati in Sukma district in Chattisgarh. Police searched in nearby jungles, but the rebels escaped.

The rebels, who say they are inspired by Chinese revolutionary leader Mao Zedong, have been fighting for more than three decades in several Indian states, demanding land and jobs for agricultural laborers and the poor.

Most tribal people living there rely heavily on the forests for food, fuel and building materials for their thatched huts.

An estimated 10,000 to 20,000 fighters operate in a large swathe across central and eastern India. They frequently target police and government officials, whom they accuse of colluding with landlords and rich farmers to exploit the poor.

In May last year, rebels attacked a convoy carrying state Congress leaders and party workers in Sukma, killing 27 people, including some top Congress politicians of the state.

The rebels are now present in 20 of India’s 28 states, according to the Home Ministry. Prime Minister Manmohan Singh has said that the rebels are India’s biggest security threat. Thousands of people — including police, militants and civilians — have died in the violence in recent years.