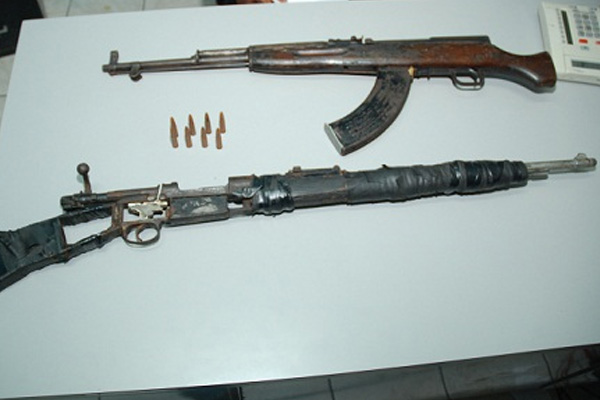 According to the police between 10:00 am and 12:40 pm the lawmen searched several premises in the area and the weapons – along with eight 7.6 rounds – were found.

No one was arrested in connection with the discovery, the police say.