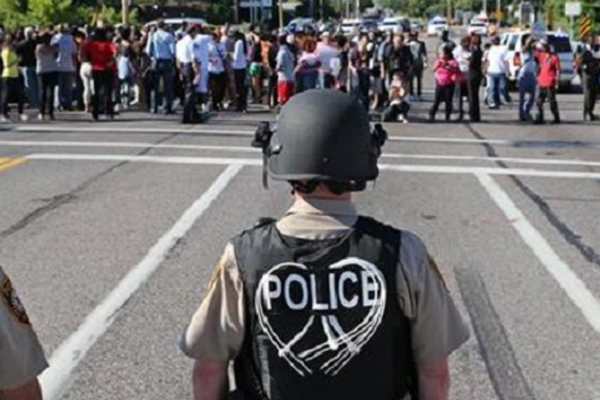 FERGUSON, Missouri (AP) — Authorities in a St Louis suburb where an unarmed black teen was shot and killed by a police officer have used tear gas to try to disperse protesters after flaming projectiles were thrown from the crowd.

St Louis County police spokesman Brian Schellman said he had no immediate information about the situation.

Ferguson has been the site of protests and a night of looting since 18-year-old Michael Brown was killed during a confrontation with an officer on Saturday.

Police had asked earlier that all people who assemble do so in “an organized and respectful” manner and disperse before evening.