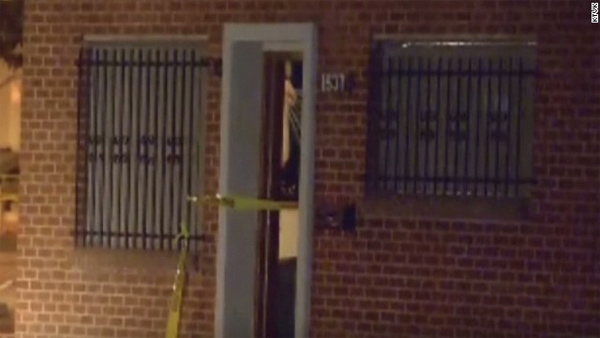 Priest killed, another one injured in attack at Catholic church in Phoenix

(CNN) — A priest was killed and another critically wounded in an attack at a Catholic church in Phoenix, police said early Thursday.

The Rev. Kenneth Walker was fatally shot, and the Rev. Joseph Terra is hospitalized in critical condition, police and church officials said. It was not clear what type of weapon was used to attack Terra, Sgt. Steve Martos of the Phoenix Police Department said.

The emergency call to police was for a burglary and was made by Terra, Martos said. It was unclear if Terra made the phone call before or after he was injured.

When police arrived, they found the two priests badly injured. Walker died at the hospital.

Terra, the injured priest, was only able to minimally speak with authorities about what happened, Martos said. The priority is for him to be treated.

“Hopefully, once that individual receives treatment and is able to pull through, we can gather more information,” Martos said.

The church, in a statement on its website, referred to more than one armed burglar breaking into and entering the property. Police have not confirmed or denied that assertion, saying only that it is not an official police statement.

A green 2003 Mazda Tribute was stolen from church property, police said, and it was found abandoned.

The vehicle is being examined for clues, but as of Thursday morning, nothing significant had been found, Martos said.

“The police are still gathering information and trying to sort through the details of this senseless act of violence,” the Diocese of Phoenix said in a statement. “We ask that people offer prayers for both priests, the religious community, their families and the parish.”

Investigators have gathered physical evidence at the crime scene, but they lack witness information, police said. Authorities asked for anyone with information to call in tips to police.

Walker, 29, was a member of the Priestly Fraternity of St. Peter, a small community of priests founded in 1988 and dedicated to reviving the traditional Latin Mass. Terra, 56, is also a member.

A Catholic blog, Rorate Caeli, said Walker was born in upstate New York in a family that became intrigued by the traditional Latin Mass. He was ordained as a priest two years ago.

The blog described the area around the church in downtown Phoenix as “deserted and dangerous at night” but asked followers to avoid speculation about a motive for the crime. It suggested prayer instead.

“May justice be done,” the blog said.