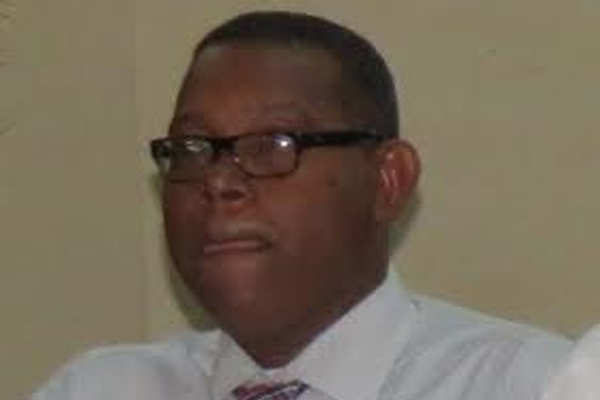 Prominent businessman says St. Kitts and Nevis Citizenship by Investment Programme “has been a boom to the development” of the Federation

Basseterre, St. Kitts, (CUOPM) — A prominent local businessman says the St. Kitts and Nevis Citizenship by Investment Programme has evolved as a well-crafted citizenship programme, and has placed the twin-island federation as a leader on the world stage based not only on its longevity but its comparative success.

“Our own citizenship programme has effectively capitalised on the Global citizenship thrust which has developed as an industry around the world. What I am saying is that the Citizenship business has developed really as an industry around the world. It is not St. Kitts alone that is doing it as a country, we have several countries in Europe and a few other countries in the Caribbean that is doing that now,” said Mr. Scot Caines, who is Chairman and Founder of Golden Rock Development Company Ltd, which in accordance with the St Christopher and Nevis Citizenship by Investment Regulations, has an approved real estate development for investors applying for St. Kitts and Nevis citizenship.

“Sixty seven (67) real estate projects up to today have been approved and listed on the Citizenship by Investment Unit Website. Twenty six (26) are in Nevis and forty one (41) are in St. Kitts including Golden Rock Commercial Park,” said Mr. Caines.

He told a packed former Basseterre Girls School audience that the economic spin off from these projects will touch many subsectors in the economy from general merchandise to legal services, banking services, cleaning services, heavy equipment services and other sectors.

“The benefits of this programme to an island nation has the capability not only to create superstructures and expand infrastructure, but to create new commercial activities that could further transform our economy,” said Mr. Caines, who used the opportunity to appeal to young nationals of St. Kitts and Nevis to begin to position themselves to create future businesses from all of the potential opportunities which will flow from the 67 projects.

“I said create future businesses, not just to work in those businesses alone, but to truly become entrepreneurs, because there will be opportunities for persons who can do many things. For instance, I believe with the thrust we have in construction now, our architects can become more specialized. For instance, some of the renderings etc…that we are doing, that are being done off island, because we don’t have the expertise here locally, because we are in a position now where we have so much work around in that field, local persons can become engaged in this area,” said Mr. Caines.

Speaking of his own Golden Rock Commercial Park Development, Mr. Caines said there will be commercial spaces, where local entrepreneurs can open businesses, whether as franchisees or of their own home-grown ventures.

He is of the view the firm view that St. Kitts and Nevis Citizenship by Investment Programme is a solidly-entrenched one that just needs to be buffed and polished to maintain its lustre.

“This three-decades old programme has evolved into an international model, which, as it advances will continue to bring accolades to our island and its people. It is imperative that we guard its reputation fiercely and preserve the goodwill which we will continue to derive,” said Mr. Caines, adding;

“Viewed in the context of a Product Life Cycle, we could agree that our Citizenship by Investment Programme is in its maturity stage. The product is well established, consumers are satisfied, and it is widely accepted. Before long, however, a successful product in this phase will come under pressure from competitors. The producer, in this case the government, will have to start spending again in order to defend the product’s market position or introduce extension strategies.”

“We think that is something that should be looked at and addressed in the short term. We must use creative strategies to stave off the last two stages and keep the product alive. I believe once this is done, this tiny island will continue to lead where countries, multiple times larger than us in resources and land mass will use our experience from which to learn,” said Mr. Caines.

“I must give a small true story in about two weeks ago, I was on my way back to St. Kitts from a promotional tour in China and while I was in Miami on my way back, I happen to have on the local Miami Television Station and there was this news article and they were speaking about Qatar Airlines making direct flights from Qatar to Miami and it was a very big thing in Miami. The Miami Business Chamber etc, were going to fly out to Qatar to come in on the inaugural flight and they were making several overthrows to business people in Qatar to invest in Miami and what came to mind right away is that St. Kitts had already out done them in respect to that because, we ourselves have already reached out to Qatar to make investments in St. Kitts,” he concluded.