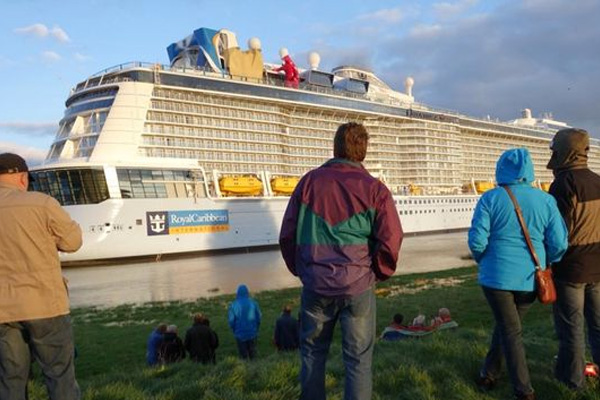 Quantum of the Seas to make six calls to St. Kitts’ Port Zante

Basseterre, St. Kitts (CUOPM) — Royal Caribbean International’s Quantum of the Seas, which has scheduled calls to St. Kitts’ Port Zante, left the shipyard at Papenburg, Germany, and is travelling the Ems River toward the North Sea for sea trials.

The 167,800 tonne ship has been under construction for 17 months at Meyer Werft, which is 20 miles inland. The 18-deck ship is 135 feet wide and passes through a gateway between the yard’s construction basin and the river with only inches to spare.

The $1 billion ship is the largest ship to move between the Meyer Werft shipyard and the sea via the Ems.

Royal Caribbean plans to take formal delivery of the vessel in October and sail it to Southampton, England, before crossing the Atlantic to New York in early November.