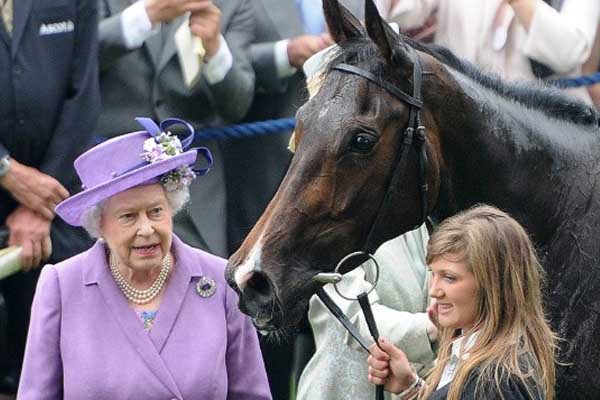 (CNN) — Britain’s Queen Elizabeth II cheered Estimate on to success at the Gold Cup in 2013 but now her her five-year old filly is in the dock.

The Monarch was present at Ascot racecourse last year to see her horse claim glory in one of the world’s most prestigious races.

Estimate narrowly missed out on defending that crown last month, after which the positive sample is thought to have been taken.

A statement released by the Palace said initial findings showed the positive test came from consumption of a contaminated feed product.

Her Majesty has been informed of the situation, it said.

Estimate, trained by Sir Michael Stoute, could now be stripped of that second place finish.

A statement by John Warren, the Queen’s Bloodstock and Racing Advisor, said the British Horseracing Authority (BHA) had informed the Palace of the result of post-race samples on July 17.

“Five horses, under the care of various trainers, were affected,” it continued. “I can confirm that one of those horses was Estimate, the five year-old filly trained by Sir Michael Stoute and owned by The Queen.

“Initial indications are that the positive test resulted from the consumption of a contaminated feed product.

“Sir Michael is working closely with the feed company involved to discover how the product may have become contaminated prior to delivery to his stables.

“As the BHA investigates this matter, including potential links between the different cases, Sir Michael continues to offer his full co-operation.

“There will be no further comment until the BHA announces its considered findings.

“Her Majesty has been informed of the situation.”