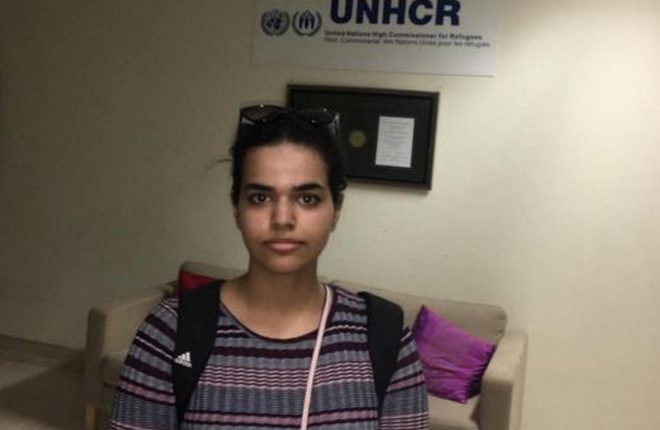 A Saudi woman who fled her family and became stranded at Bangkok’s main airport is flying to Canada after being granted asylum status.

Rahaf Mohammed al-Qunun, 18, had been trying to reach Australia via Bangkok, but was initially told to return to Kuwait, where her family were waiting.