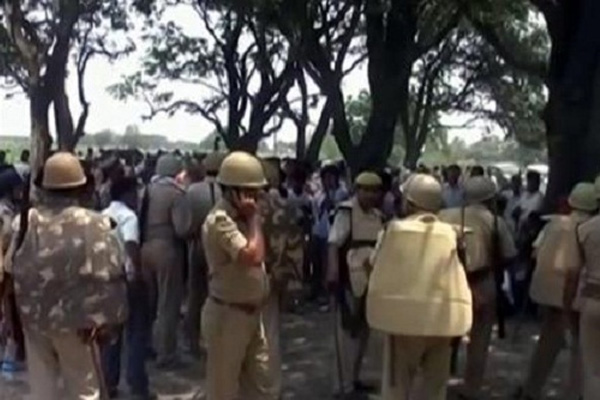 LUCKNOW, India (AP) — Police in northern India have arrested three men for brutally attacking the mother of a rape victim after she refused to withdraw her complaint, an official said Friday, as investigators sought clues in a gang rape elsewhere in the state that left two teenage cousins dead.

The attack of the mother this week in the town of Etawah in Uttar Pradesh state followed the May 11 rape of her teenage daughter. A local man was arrested after the woman filed a complaint with authorities.

The two cousins — whom police had originally identified as sisters — were raped and killed by attackers who hung their bodies from a mango tree in the village of Katra, also in Uttar Pradesh.

Angry villagers, furious because they said police had done nothing to search for the girls when they were reported missing Tuesday evening, silently protested the alleged inaction by refusing to allow the bodies to be cut down from the tree once they were discovered.

The villagers allowed authorities to take down the corpses after the first arrests were made on Wednesday. Police arrested two police officers and two men from the village, and were searching for three more suspects.

The girls, 14 and 15 years old, were attacked as they went into nearby fields to relieve themselves, since there is no toilet in their home.

Rape victims cannot be named under Indian law, even if they are dead.

In the incident in Etawah, five men — including the father, a brother and a cousin of the man accused in the rape — followed the victim’s mother away from her house and beat her relentlessly on Monday, demanding she drop the accusation, said Dinesh Kumar, the town’s police superintendent. The mother was in critical condition in a local hospital, with numerous broken bones and internal injuries.

Police arrested three men on Thursday and were looking for two others in connection with that attack.

Indian authorities have become increasingly aggressive about rape accusations since 2012, when a 23-year-old woman was fatally gang-raped on a moving bus in New Delhi, sparking widespread protests.