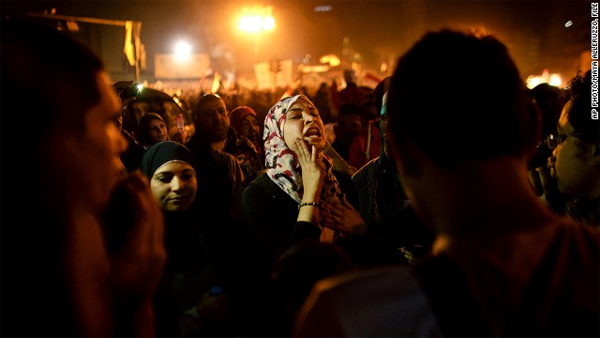 (CNN) — An Egyptian court has given nine men sentences ranging from 20 years to life in prison for sexually assaulting women near Cairo’s Tahrir Square, according to state run newspaper al-Ahram.

The sentences handed down Wednesday were the harshest seen since the government criminalized sexual harassment last month, amid criticism over the widespread abuse of women in the country.

The men were found guilty of being involved in four different attacks, three of them taking place during the inauguration celebrations for newly elected President Abdel Fattah el-Sisi in June.

The fourth assault took place in 2013 on the second anniversary of the revolution that toppled longtime strongman leader Hosni Mubarak.

The “I Saw Harassment” campaign, which documents sexual violence against women in Egypt, said there had been at least five mob sexual assaults in Cairo’s Tahrir Square that week.

The new law, the first explicitly to use the term “sexual harassment,” made the offense punishable by up to five years in prison and a maximum fine of 50,000 Egyptian pounds.

A 2013 United Nations report from the Entity for Gender Equality and the Empowerment of Women found that 99.3% of Egyptian women have experienced some form of sexual harassment and more than 82% of female respondents felt unsafe in the street.