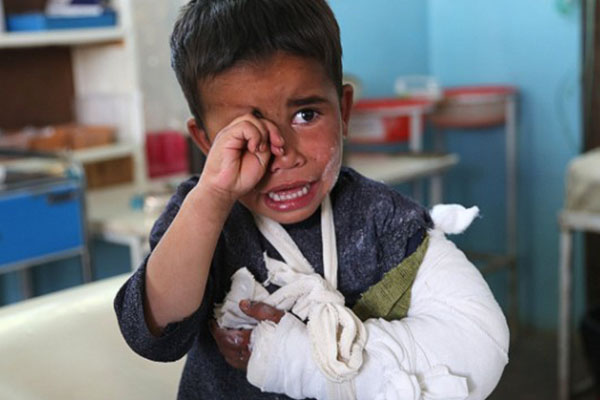 Kabul, Afghanistan (CNN) — Militants carried out a deadly attack on a government building in eastern Afghanistan and fired rockets near Kabul’s main airport Monday as the Taliban began their annual spring offensive.

An armed group stormed the provincial Justice Department in the city of Jalalabad on Monday morning, clashing with Afghan security forces, authorities said.

By the time the fighting ended, three insurgent gunmen, two police officers and five civilian employees of the Justice Department were dead, said Sediq Sediqqi, a spokesman for the Afghan Interior Ministry. At least one other civilian was wounded, he said.

In the capital, Kabul, two rockets landed near military buildings around the northern side of the city’s international airport but didn’t cause any casualties or material damage, the Interior Ministry said.

As they often do, the Taliban offered a different version of events, claiming the rocket attack had killed several people and damaged buildings.

In their statement last week announcing the start of their spring military operations, the Taliban said the offensive’s main targets would include foreigners, Afghan government staff and their organizations nationwide.

Each year since NATO forces entered Afghanistan, the Taliban has launched renewed attacks as the snow melts.

Most NATO troops are due to withdraw from Afghanistan by the end of this year as the U.S.-led war effort winds down.