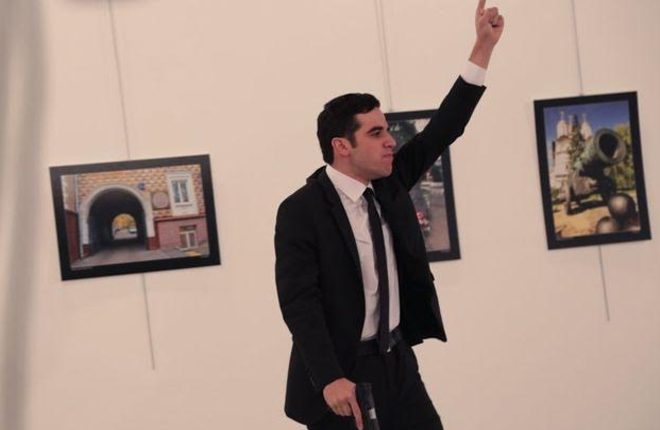 A gunman has shot dead Russia’s ambassador to Turkey, Andrei Karlov, apparently in protest at Russia’s involvement in the Syrian conflict.

Several other people were reportedly also injured in the attack, a day after protests in Turkey over Russian support for Syrian President Bashar al-Assad.