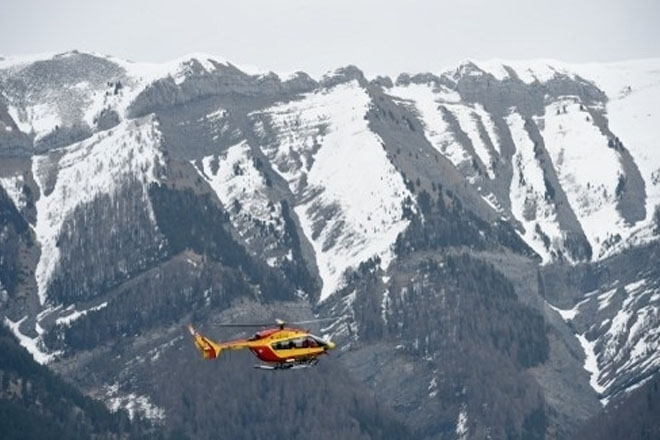 Marseille, France (AFP) — The second black box from the Germanwings plane that crashed in the French Alps last week has been found after a nine-day search, prosecutors said on Thursday.

Authorities are hoping to unearth more clues about the disaster from the black box after the first voice recorder suggested that co-pilot Andreas Lubitz deliberately flew the plane into a mountain.

The second black box records technical flight data that could provide vital insights into the final moments of Flight 4U9525 before it crashed last Tuesday, killing all 150 people on board.

The first black box, found the same day as the crash, recorded conversations between Lubitz and the pilot and showed that the 27-year-old German was alone at the time of the crash.

He apparently took advantage of the captain’s brief absence to lock him out and set the plane on a deadly descent into the Alps.

The plane smashed into the mountains at a speed of 700 kilometres (430 miles) an hour, instantly killing all 150 people on board — half of them German and more than 50 from Spain.

According to prosecutors, the voice recorder suggested that the passengers were unaware of what was going to happen to them until the very last seconds, when screams were heard.

Rescue workers have since been sifting through the wreckage for days trying to identify body parts and victims via their DNA.

The search for evidence has been hampered by the extremely difficult mountain terrain as well as the force of the crash.