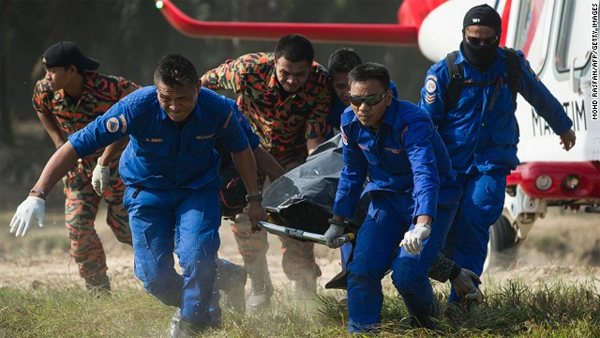 (CNN) — A small overcrowded boat sank off the coast of Malaysia early Thursday, a maritime official said. It’s the second boat to go down in two days.

Eighteen passengers have been rescued, and the search continues for nine others who are missing.

The boat was carrying 27 Indonesian migrants, who were heading back home to Sumatra for the Ramadan holidays, Capt. Hamid Mohd Amin with the Malaysian Maritime Enforcement Agency said.

Malaysian Maritime Enforcement Agency said 60 people have been rescued, and five bodies have been recovered.