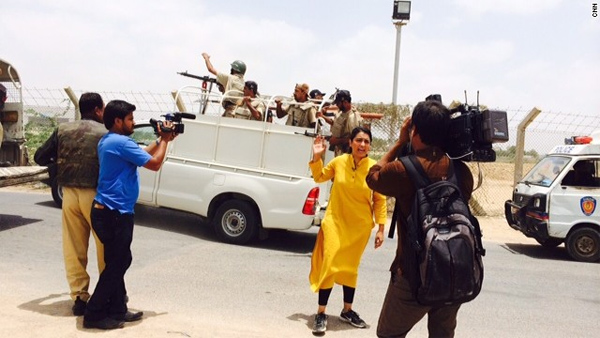 A high-level commander with the Haqqani network, Haji Gul, was among those killed in the latest drone strike in North Waziristan Agency.

Intelligence and local Taliban sources said the latest drone strike targeted explosive-laden vehicles meant for a mission across the Afghan border. They said the Taliban were preparing to leave when they came under attack.

At least five drones were flying near Miranshah city when the strike occurred, the local intelligence officials said. The first strike in six months occurred a few hours earlier.

“These strikes are a violation of Pakistan’s sovereignty and territorial integrity,” the Foreign Office said in a statement. Additionally, these strikes “have a negative impact on the Government’s efforts to bring peace and stability in Pakistan and the region.”

Northern Pakistan is home to loosely governed tribal areas near the border with Afghanistan, and is a base for foreign fighters and members of the Islamist militant Haqqani movement.

The drone strikes come days after two brazen attacks on or near Pakistan’s largest airport in the southern port city of Karachi.

Earlier Wednesday, the Islamic Movement of Uzbekistan claimed that it carried out one of the attacks — the weekend airport assault that resulted in an hours-long siege and left 36 people dead, including the assailants.

The claim was made in an e-mail that included pictures that the militant group said were of the 10 attackers.

The militants said the attack was carried out with the Pakistani Taliban.