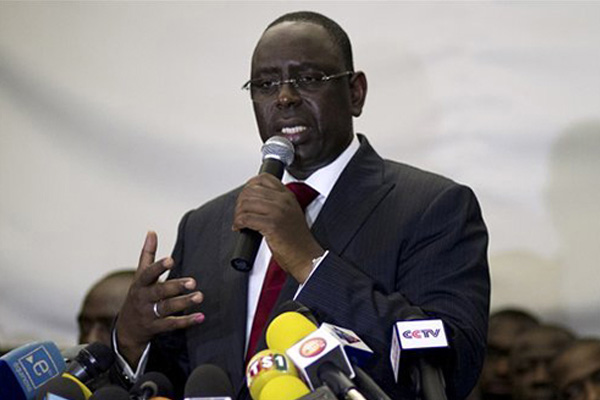 Senegal’s president wants to shorten his term in office

Dakar, Senegal (AP) — Senegal’s president wants to shorten his term in office to “set an example” for other African countries.

The move stands in marked contrast to those of African leaders who have pushed to eliminate term limits or flouted them all together. Burkina Faso’s president, Blaise Campaore, was pushed from power last year when he tried to change the constitution to extend his 27-year rule.

President Macky Sall told reporters Tuesday he would hold a referendum next year on whether to shorten the presidential term from seven to five years. If it passes, Sall said he will apply the new limit to his current term.

The seven-year term was set under the previous president, Abdoulaye Wade, who flouted a two-term limit to run against Sall in 2012 but lost.