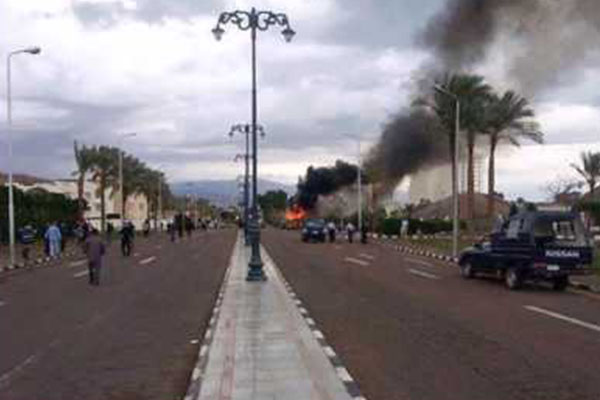 (CNN) — A soldier was killed Friday in a suicide blast at an army checkpoint in Egypt’s Sinai Peninsula, state news reported.

The blast in the town of El Tur wounded three other soldiers, the MENA news agency said.

In an unrelated incident, a blast targeting a tourist bus wounded three people in the region.

No group immediately claimed responsibility for either attack.

Militants based in the Sinai peninsula near the Israeli border have stepped up attacks on soldiers and policemen since the ouster of Egypt’s President Mohamed Morsy.