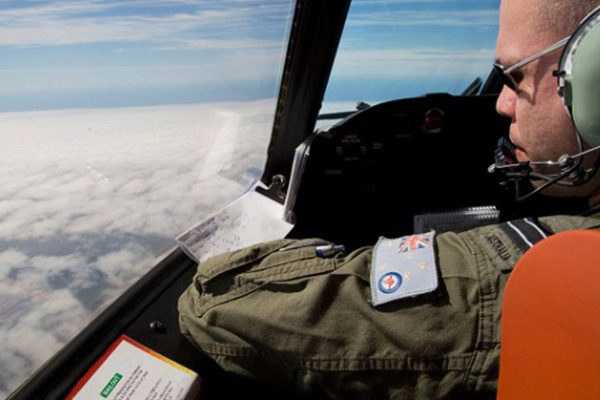 So many sightings, nothing to see — search for Flight 370 objects still wanting

(CNN) — They’ve been spotted and spotted again, those objects in the southern Indian Ocean. Every time a report comes out that something has been seen that may be related to missing Malaysia Flight 370, hopes have risen. And then, they have fallen. It’s seemed like a daily exercise.

For instance, images taken by a Thai satellite and released Thursday showed about 300 objects ranging in size from 6 feet (2 meters) to 50 feet (15 meters). When photographed Monday, they were about 125 miles (201 kilometers) away from the spot where a French satellite captured images of a floating group of objects Sunday.

Knowing for sure is a waiting game. It will be at least Friday before planes can try to find the materials because bad weather in the remote spot has again hampered searching.

Here’s a rundown of how many times we’ve been through this:

On March 9, Vietnam’s navy spotted a floating object about 80 kilometers (50 miles) southwest of Vietnam’s Tho Chu Island, which is off the country’s southwest coast in the Gulf of Thailand, Vietnam National Search and Rescue Committee spokesman Hung Nguyen told CNN. Vietnamese navy rescue aircraft spotted the object in the evening hours local time. Because of the dark, the navy aircraft could not get close enough to identify the floating object and was recalled to base. Three search and rescue boats were deployed to that location.

Several days later, a Chinese satellite had a sighting that captured a lot of interest but it was later retracted as a mistake. It was not in the southern Indian Ocean.

China said it captured a “suspected floating object” on March 18. The object the Chinese photographed was 22.5 meters long and 13 meters wide (74 feet by 43 feet), officials said.

Around March 19, it was reported that witnesses on the ground claimed they saw Flight 370. A man from New Zealand working on an oil rig off Vietnam claimed he saw a burning object in the sky on the morning of March 8, hours after the plane had taken off from Kuala Lumpur on its way to Beijing.777

Then came reports that had many believing “This is it!” and headlines carried the news. But it turned out to be nothing. On March 20, CNN quoted Australian Prime Minister Tony Abbott as saying that authorities had spotted two objects in the Indian Ocean that were possibly related to the search for missing Flight 370.

Those objects have not been found.

During a March 22 search, a civil aircraft reported that it had spotted some small objects floating, including a wooden pallet, the Australian Maritime Safety Authority (AMSA) said. These objects were within a radius of about three miles.

A Royal New Zealand Air Force P-3 Orion was sent to the area, but only reported seeing bunches of seaweed, AMSA said.

On March 24, Australian officials said they saw two objects in the southern Indian Ocean that could be related to the flight. One object was “a gray or green circular object,” and the other was “an orange rectangular object,”according to AMSA.

Mary Schiavo, a CNN aviation analyst and former inspector general for the U.S. Department of Transportation, appeared on CNN to explain why those objects seemed intriguing. Read her comments

“The gray/green is the color of the inside of the aircraft,” she said. “A great number of pieces of metal and other things in the aircraft are of gray/green color, everything from the metal in the fuselage and pieces of the mechanical parts…”

Orange and bright yellow “are the color of the emergency escape slides, the life rafts inside the plane,” she said. “The life vests, but they wouldn’t be that big. So there are many things that are those colors that could be a signal that it’s not something that has fallen off a ship but rather that it’s something from out of a plane.”

There is no word yet if those objects have been found or what they are.

Also on Monday, a Chinese military plane said it had seen “suspicious objects” in the same area.A U.S. surveillance plane sent to follow up was unable to find them.

On Wednesday, a French defense firm provided new satellite images that showed 122 objects floating in the southern Indian Ocean, not far from other satellite sightings that could be related to Flight 370, Malaysia’s acting Transportation Minister Hishammuddin Bin Hussein said.

The objects were scattered over 154 square miles (400 square kilometers), he said.

Hishammuddin said he wasn’t sure if Australian authorities coordinating the search for the plane Wednesday had been able to follow up on the new satellite images, which came from Airbus Defence and Space.