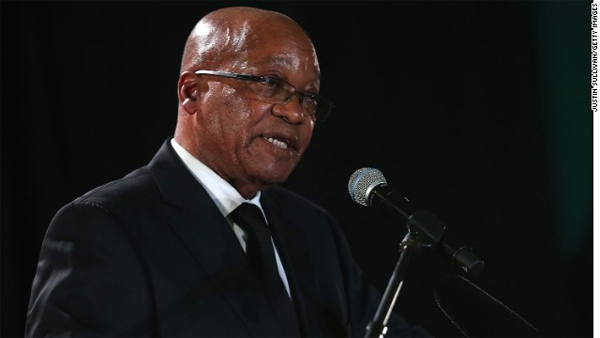 (CNN) — South African President Jacob Zuma was discharged from the hospital Sunday and will rest at home for a few days, state media reported.

Doctors hospitalized Zuma, 72, for a “thorough checkup following a demanding schedule” and “are happy with the results,” the presidency said, according to the South African Press Association.

“The President will continue to rest for a few days and will work mainly from home during the rest period,” said Jeff Radebe, minister in the presidency. “We thank the public for the messages of support and good wishes that have been received since the news of the hospitalization of the president was made public.”

Doctors had advised Zuma to rest after “a demanding election and transition program to the new administration,” his spokesman said Saturday.

His party, the African National Congress, won the general electionwith 62% of the vote, which was lower than the previous election.

After a turbulent first term, Zuma said during his inaugural address that his government will perform better this time around and take responsibility for any shortcomings.

“We will … ensure much tighter accountability, with firm consequences where there is a failure to deliver services to our people,” he promised.