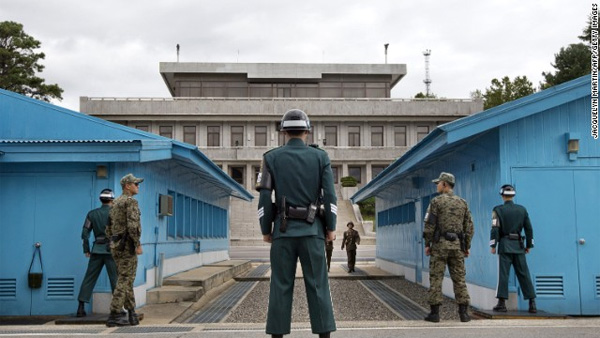 Seoul (CNN) — South Korea has rebuffed North Korea’s demand to meet two of its fishermen whose boat strayed into the South’s waters.

Three North Korean fishermen were found Saturday in a boat off South Korea’s eastern coast, according to the South’s Unification Ministry. Two of the men sought to stay in the South and one expressed a desire to return to his homeland.

That fisherman was sent back to North Korea through Panmunjom, the border village in the middle of the Demilitarized Zone on Tuesday, said a Unification Ministry spokesman.

The remaining two are expected to be the subject of a South Korean investigation.

On Tuesday, North Korea sent a fax, demanding to meet the remaining two fishermen, saying that if their request for a face-to-face meeting was rejected, it would consider the incident “an act of abduction and take firm action.”

South Korean officials rejected the request, saying it was “not appropriate… because those two sought to defect to South Korea.”

North Koreans who come to South Korea typically go through an investigation, then attend a settlement support center called Hanawon. At this center, they are taught how to live in South Korean culture and society. After completing the six-month program, they are given a resettlement fee of up to $24,000.