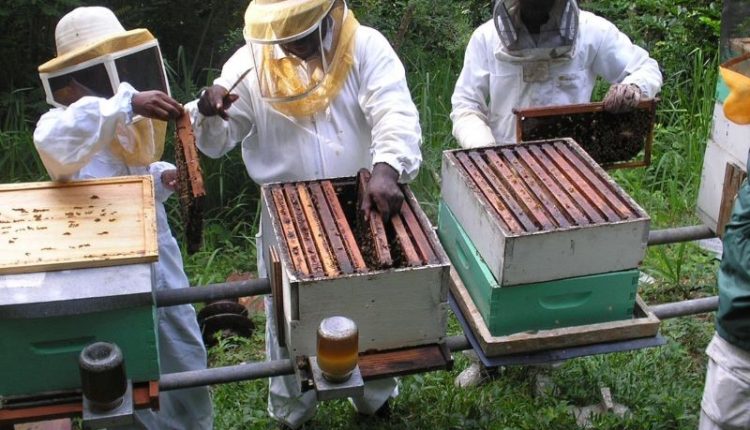 San Jose, July 19th, 2019 (IICA). The Inter-American Institute for Cooperation on Agriculture (IICA), Argentina and four Caribbean countries (Barbados, Dominica, Saint Lucia and Saint Kitts and Nevis) will participate in a regional South-South cooperation project to strengthen the beekeeping industry in Caribbean countries by increasing the productivity of beehives.

In Barbados, Dominica, Saint Lucia and Saint Kitts and Nevis, Argentine specialists will facilitate the installation of Perone beehives, which are more productive than the Langstroth beehives that are traditionally used in those countries.

IICA has supported Caribbean apiculture over the course of many years and will now coordinate the provision of advisory services by specialists from Argentina, the world’s third largest exporter of natural honey. Due to its rich diversity of flora and fauna, the Caribbean region has great potential for apiculture.

The project, entitled ApiCaribe, will be developed through triangular cooperation between the Ministries of Agriculture of the four countries, Argentina and IICA. The initial phase will be launched in July 2019, to be implemented over the course of one year. As part of the second phase, the project would be scaled up to include other Caribbean countries and would be implemented based on each country’s specific needs and priorities with respect to the development of its beekeeping industry.

“ApiCaribe seeks to foster scientific apiculture as an integrated agricultural practice that allows for improving crop productivity, by supporting pollination and the production of honey and other beehive products; this, in turn, will allow for boosting producers’ income and well-being,” stated Beverly Best, Director of External and Institutional Relations at IICA.

Given its nature, beekeeping requires a healthy physical environment to thrive; consequently, it serves as a barometer for nature, indicating the quality of air, water, soil, and sources of pollen and nectar within a given space. Additionally, honey production generates very little waste, making apiculture an ideal industry for adopting a bioeconomy approach.

ApiCaribe will drive knowledge sharing and the development of production capabilities, in order to guarantee the sustainability of the project’s interventions.

Given Caribbean countries’ high level of vulnerability to climate change, as well as apiculture’s great potential to generate socio-economic benefits in rural communities throughout the region, this project affords a valuable opportunity to guide these economies towards sustainability.